I was browsing *Wallpaper magazine the other day…and came across this in their Sex Issue: Type Tart Cards. 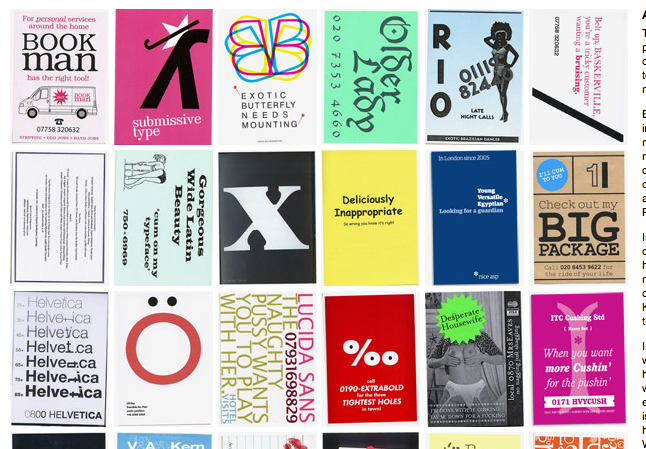 Tart cards are the means by which many London prostitutes advertise their services. Step into almost any central London phone box and you can contemplate up to 80 cards inviting you to be tied, teased, spanked or massaged.

Even if a police crackdown, the internet and the increasing use of mobile phones suggest their days are numbered, tart cards are still so pervasive they are now regarded as items of accidental art and have something of a cult following. Once on the periphery of design, tart cards have influenced the work of many mainstream artists such as Royal Academician Tom Phillips and Sex Pistols designer Ray and Nils Stevenson.

In conjunction with St Bride Library and Type, we asked designers – from students to superstars – to find the tart hiding in every type and create their own graphic numbers. Along with a selection in the magazine, all 450 cards can be viewed here. They will also be on display at KK Outlet, London from 22nd to 29th June. Click here for the invite to the show.

In among this plethora of brilliant, witty graphic designs we would like to highlight the serious issue that lies at the heart of the world of tart cards – the plight of trafficked women in the sex industry. It is a subject touched eloquently on by Mike Dempsey of Studio Dempsey, who is a volunteer at the Helen Bamber Foundation which helps rebuild lives broken by human rights violations. While our exhibition is an ode to the graphic qualities of the tart card phenomena, Dempsey’s design is a pertinent reminder of the sinister world that lies beneath every card.”

Here’s some of my personal favourites: 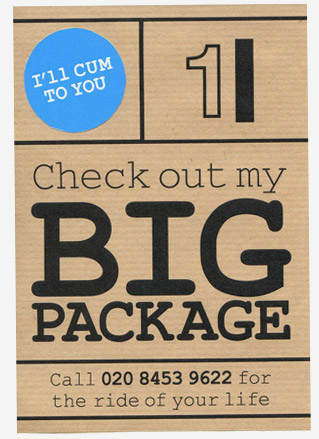 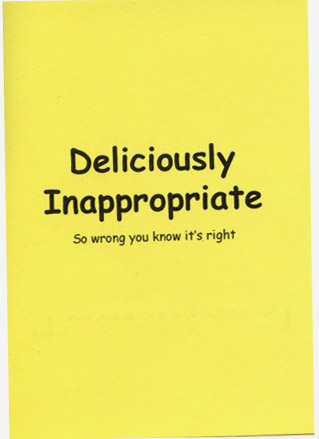 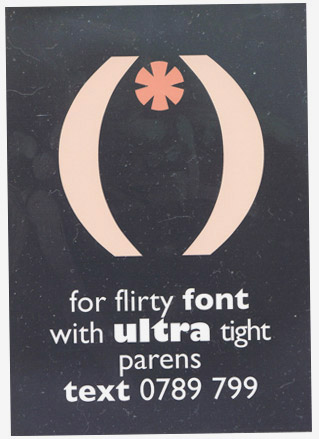 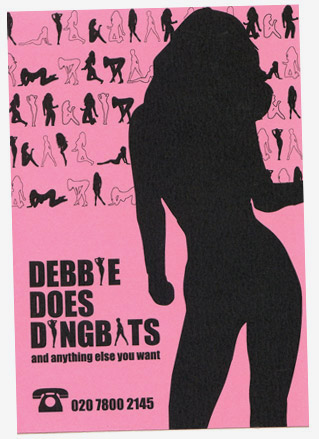 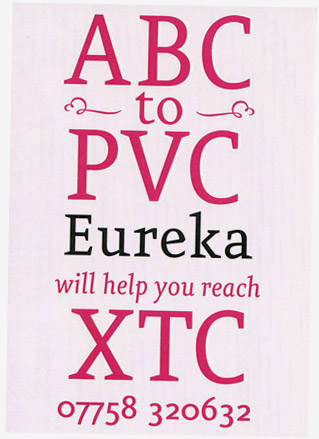 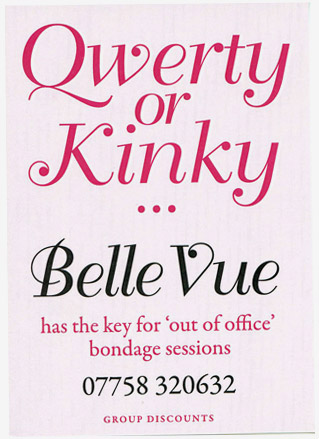 As much of a font whore as I may be (seriously, if I have nothing to do on the interwebs and I’m bored, I download and instal cool fonts on my computer) – this takes things to a whole new level.

What do you think?