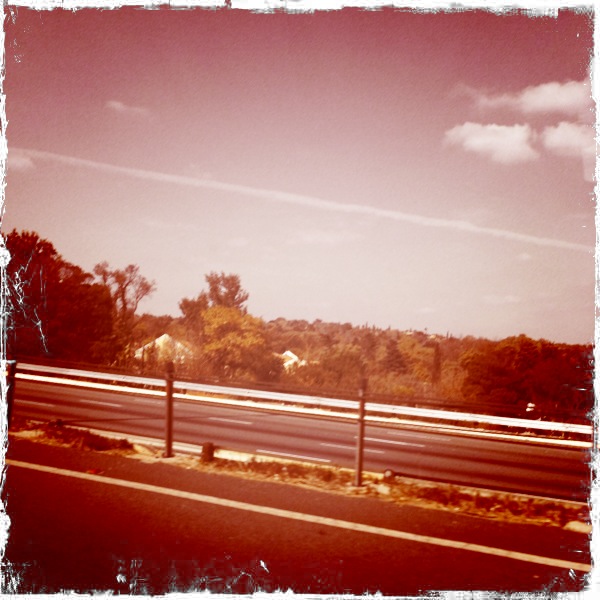 I suck at communicating. No, really.

Perhaps it’s the passive-aggressive in me – I feel certain things and expect other people to be able to just know what I’m feeling and why. Perhaps it has something to do with the fact that I hate confrontation – of any sorts – and actually addressing how I’m feeling involves some sort of confrontation, too. Hencewhy and whereforth it should be avoided. At all costs.

Even blogging about this stuff feels…wrong. I’m not one of those touchy-feely-let’s-talk-about-our-feelings-and-sing-Kumbaya types. It stays bottled up, if I can at all help it. Don’t ask me how I am, and expect an answer other than ‘fine’. I’m fine. I’m always fine. Only I’m not.

Lately I’ve been feeling fine – if you take ‘fine’ to mean ‘not coping. not coping at all’. Which is why I’ve been scarce on my blog. Because I’m cool with oversharing and talking about my Kid and whining about everything under the sun – but I’m not okay with sharing what’s really going on inside this blonde head. I’m not okay with discussing emotional turmoil or anything that might give away the fact that I’m not as calm and collected as I’d (like to) appear to be. “Feeling” things is for sissies and people who need therapy and I’ve been there in that therapists office, discussing my feelings – to no avail. What’s the point of discussing how you feel and paying someone to listen, when it doesn’t really help?

So I’ve always kept my emotions separate, closed off.( If that makes sense.) To me, emotions are something that can be switched on and off. The Boyfriend finds this ability of mine disturbingly remarkable. They’re either there, or they’re not – there’s no ambivalence. Perhaps this is because I’m an all-or-nothing person. Extremist. I either want to do something, or I don’t – and there’s no way in hell, once I’ve made my mind up, that I’m going to change it. I either feel something, or I don’t and if it’s not there, I can’t pretend.

Strangely enough – I heard something yesterday that struck me – that which we think to be separate/completely different, is actually one and the same thing – the separation is an illusion. Um. Yes. I’m so intent on categorising everything in my life and placing everything under neat little filing labels: “work things”, “love things”, “parenting things” and “relationship things” that I forget they’re all the same thing – my life. My experience. My emotions. My baggage and my crosses to bear. Past, present, future – there’s no distinction to be drawn (other than an artificial one, marked by the ticking of the clock and the marching of the calendar) between these. Despite the fact that I’ve firmly closed the door on my past and drawn a distinction between then and now by calling it “Stuff That Happened Before The Boyfriend”.

I suck at communicating.

My Boyfriend, on the other hand, does not suck at communicating. Although his methodology leaves much to be desired. He’s all in-your-face about what I did that made him feel XYZ, and mouthing off about everything that impacts on his world. He has no past/present/future distinctions – it’s all NOW and there’s no closing the door on the past. I’m still paying for things I did that I’ve filed under “Stuff That Happened Before The Boyfriend”. I’m still being questioned, interrogated about the details and cross-questioned about everything and anything, regardless of whether it happened yesterday or ten years ago.

And it’s hard to pretend to be fine with all of it, because I’m not. I’m not fine with dredging up shit that went down nearly a decade ago. I’m not okay with dissecting the person I used to be – because as far as I’m concerned, I really am separate from my past. Illusion or not, I’ve shut the lid on that particular box of lizards and don’t really want to stick my hand in it.

I’m not fine with the way he looks at me, when he asks me YET ANOTHER FUCKING QUESTION ABOUT MY PAST. I’m not fine with the disgust in his voice, and the contempt on his face. Not even a little bit. I clam up and the most that I can bring myself to utter is either “fuck off” or “whatever”. This from the person who manipulates words for a living. This from the person who usually has no problem with oversharing. I find myself utterly unable to communicate, when it comes to explaining my past, or talking about the shit that happened in days gone by.

Is that so wrong?

This entry was posted in family things, life things, love things, parenting things, relationship things, work things and tagged blog things, communications specialist I am not, emotions, growing up, heart, how to make a smart girl feel dumb, I don't wanna talk about it, issues, life, relationships are weird, The Boyfriend, the past, this shit makes me look bad, touchy-feely stuff, work, wtf-ever. Bookmark the permalink.