Apparently All We Needed Was A Robot

aka Parenting by Bribery.* 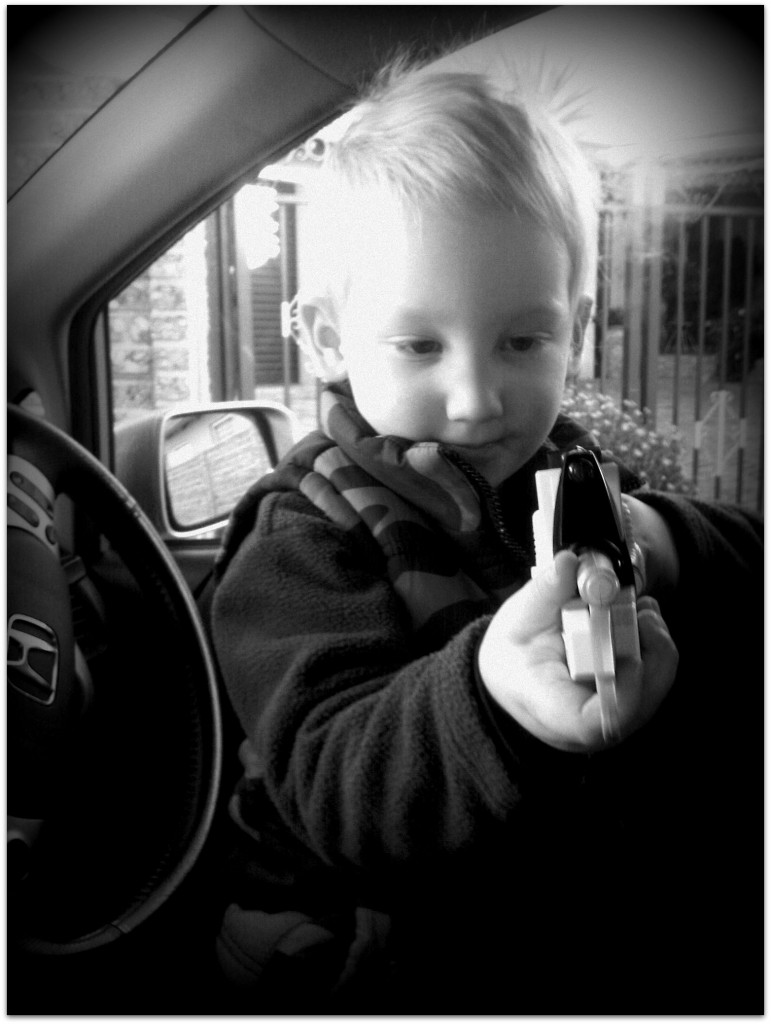 So you might recall a few months ago, I posted about my Kid’s refusal to potty train. Flat out refusal. Flat out refusal to acknowledge bodily functions. It was such that you could clearly see he was dropping a load in his nappy (straining with a red face) and you could ask him “Kid, are you making a poo?” And he’d answer you (in a strained voice, sounding all indignant at the same time) “no, mommy”.

He refused a Wee-Man. He refused a toilet seat. He refused a dog-shaped potty that sings (I know, I would too so I don’t blame him – who wants to sit on a singing toilet, right?).

Even the daymother – who, by the way, can get my child to eat BROCOLLI – could not persuade him to MAKE IN THE FUCKING POTTY, PLEASE. I eventually gave up. Relying on the assurances from other parents (with children who wore UNDERPANTS instead of nappies) that it will just happen. One day my child should have (apparently) come to me and just decided that he’s made up his mind, and he no longer wants to wear nappies. Apparently he would decide that because he no longer wanted nappies, that in order to attain underpants status, he’d have to use the potty.

ONE FATAL FLAW IN THIS PLAN. It was the nappies that The Kid was clinging to. That was why he didn’t want to learn to use the potty, because it meant that nappies would go away, and he quite likes his nappy.

So a few weeks ago, The Boyfriend hits on this genuis plan. Decides that we have to buy The Kid THE ULTIMATE TOY to put on top of the fridge and bribe him with. Have a shit in the potty, and that fuckoff massive robot is yours, my son – that kind of thing. I rolled my eyes, thinking that this was stupid, there was no toy in the world that he could possibly want, that he didn’t have already.

Until we were out at Toys R Us the other day, and I spotted the most massive robot in the world. Practically the same height as The Kid himself – this beast has a sword and a gun and a laser and yells “ENEMY DETECTED.” {PEW PEW PEW} and then “TARGET DESTROYED” and it spins and it walks and and and and….it was perfect.

Needless to say it sat on top of the fridge for less than 48 hours before The Kid told me in the car on the way home that he needed to make a poo and he wanted to make a poo in the potty. We rushed home, threw ourselves out the car, flung ourselves into the bathroom and ripped off the nappy and pants.

My Kid calmly took a crap, for the first time EVER and entirely without complaint, in his potty. And then he waited patiently while I put a clean nappy on him and then took him into the kitchen to unbox his robot. He didn’t whine or nag for the robot, he didn’t make a sound. Just a small squeal as I handed over that robot.

That red, plastic hundred-buck robot did the trick. Got him over the biggest hurdle on the road toward underpants. It also replaced his teddy bear as sleeping toy of choice, and sleeps next to him, on its own pillow. Yes, it’s that special.

And so I came to the realisation. With kids, there’s nothing that can’t be done or achieved – as long as you’re willing to pay the price or find the right carrot to dangle before their eyes.

In our case, the carrot just happened to be a big shiny robot, with a small price.

As for what happens next, in this potty training stage, I have no idea. I’m just taking it as it comes and hoping that it will end in a pair of (dry and clean) Ben 10 undies.

One step at a time.

* I will take a picture of the blasted robot when I get home, my camera battery was flat yesterday.

This entry was posted in family things, life things, love things, parenting things and tagged bad mommy, being a father, bribery, everything and everyone has a price, good decisions, growing up, heart, how to make a smart girl feel dumb, issues, love, mommy things, parenting, potty training, robots, The Boyfriend, The Kid, this shit makes me look bad. Bookmark the permalink.

13 Responses to Apparently All We Needed Was A Robot