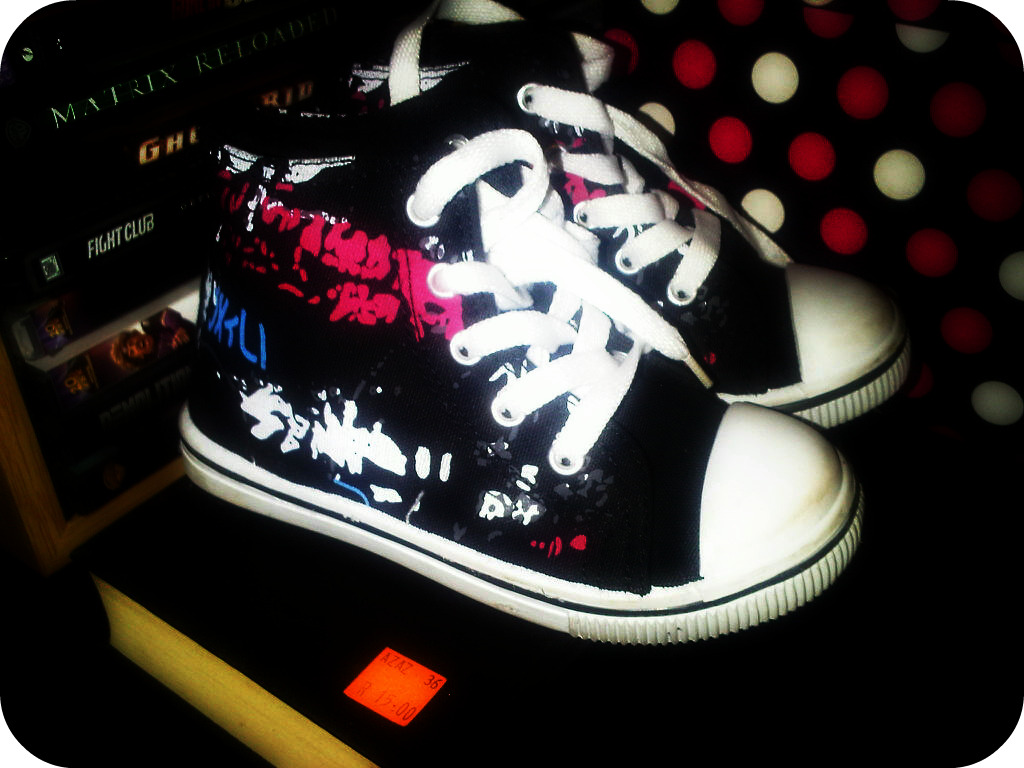 That’s what I told my Boyfriend this morning, after he scraped my brand-new bumper.

The bumper that I’d scraped reversing out of the parking lot at work, last week. The “small scratch” (my words to The Boyfriend when I arrived home: “sorry love, I don’t know what happened but there seems to be a small scratch on the bumper of my new car.) that cost three grand to fix, and that’s left me so broke I can’t even afford to pay attention.

The bumper that had, less than a week before my “small scratch” been replaced after I hit an oil slick and totally crumple-crunched the front of my car, as I hit one side of the road, flew over the island in the middle of the road, and landed on the pavement on the OTHER side of the road, facing the opposite direction.

Yes, shit happens. I scrape my car, smashed my car. He got mad, but not that mad. He sorted it out for me, took care of all the insurance details and dealt with panel beaters and sent my car back repeatedly, when he discovered something else that they hadn’t fixed.

So when today, of all Mondays, my Boyfriend reversed out of our driveway and scraped his car down my new bumper, what could I do except shake my head, shrug and say “shit happens”.

There’s no major damage, except it looks a bit iffy. But I’ll be fucked if it’s going into the panel beaters for more bumper work. Not gonna happen. Apparently it still needs to go back to the repair shop – they never replaced the splash cover under the engine and there’s a loose air-filter which is apparently what is making my little Honda Jazz kiffsticks mommy car sound like a tractor. 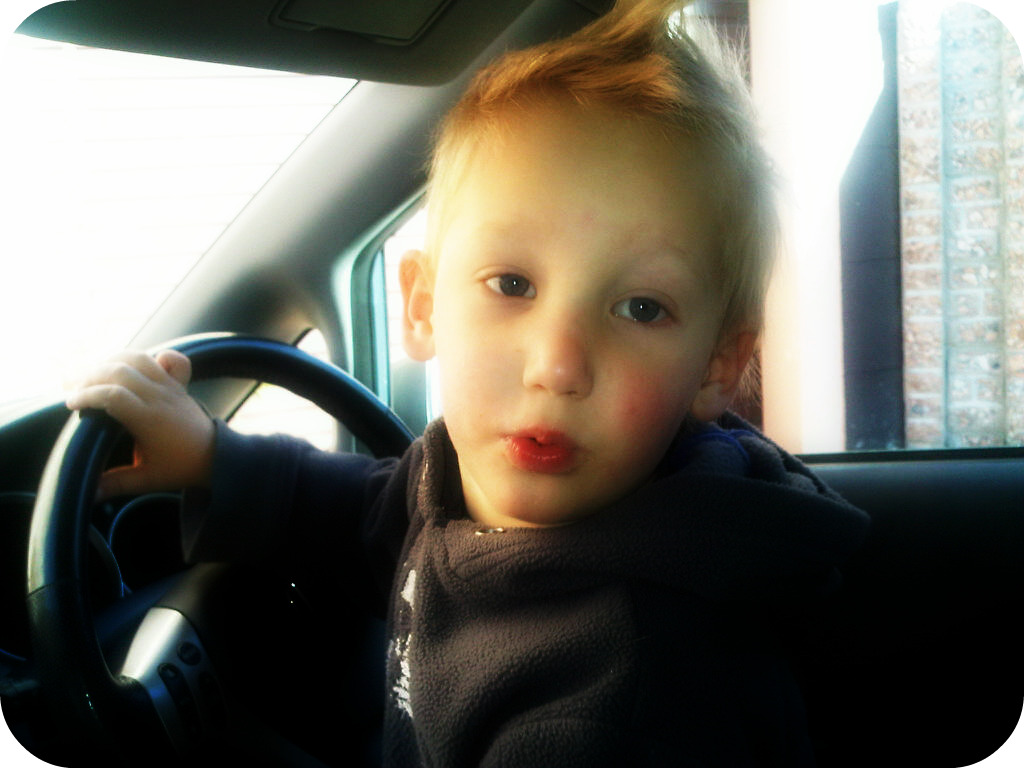 In other news, The Kid has tonsillitis. And while consensus on Twitter was not clear whether or not I could catch it from him, I seem to be okay. I think I have the cigarettes to thank for that. Took the day off work yesterday to spend with him – he spent more time driving me mental than he did actually looking sick. Although he was very high maintenance – wanting to watch Thundercats, then He-Man (he calls He-Man ‘Here-Man’) and then Toy Story and then Over The Hedge, but didn’t actually do much watching.

He was too busy jumping on the bed, running up and down the stairs and flinging himself off the back of the couch to do any proper resting. So…I sent him back to school this morning, got to work and was rather grateful for the peace and quiet and the other people that left me alone and didn’t ask me to make them chocolate milk and didn’t want to talk to me while I had a wee.

I did, however, enjoy the time we spent together, once I’d actually managed to finish the work I needed to do. I don’t really miss being a SAHM, to be completely honest, and I was rather relieved that I could get out of the house this morning.

In other news. The upstairs loft has been painted. It’s done. I chose an awesome Scuba colour – it’s nothing like the turquoise blue I’d originally had in mind, but I still think it’s gorgeous, and every time I walk upstairs, I have to sit there, on my red couch, and marvel at the colour: 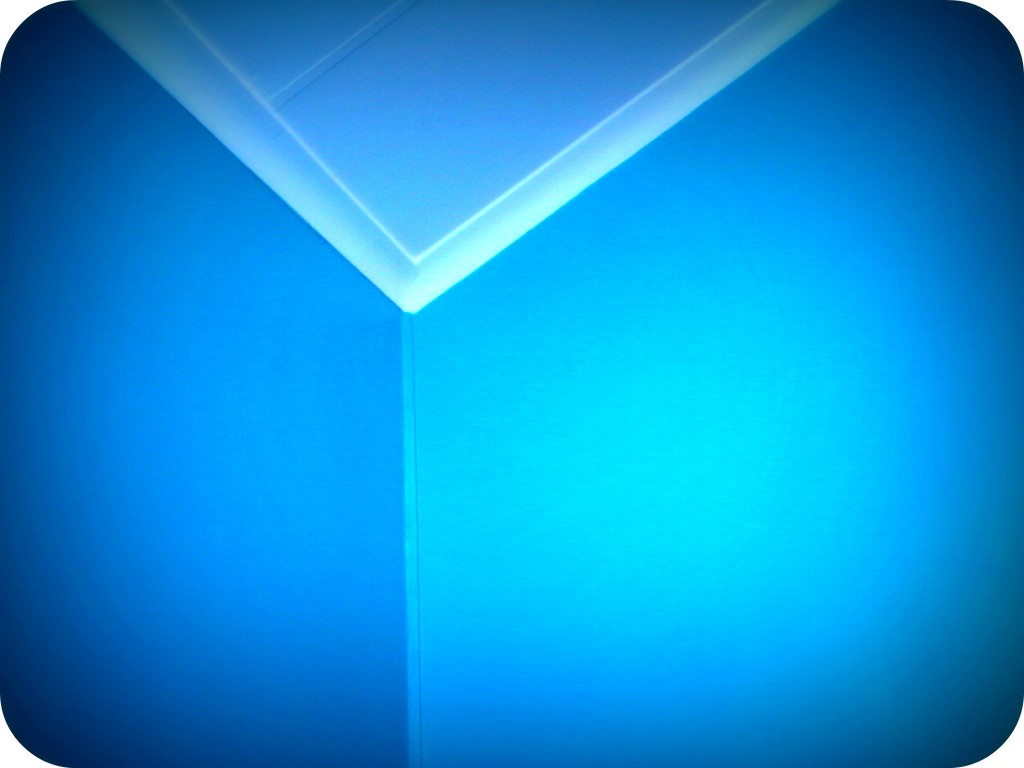 The Boyfriend hates it. Hates it so much that the next day, he came home and told me he’d been looking at new houses, with his father. Yes, my Boyfriend hates the Scuba so bad he wants actually wants to move house. I don’t care though. Look at it, I fucking love it. The Scuba is, however, broken up by a wall of a darker blue (called ‘Blue’s Blue’): 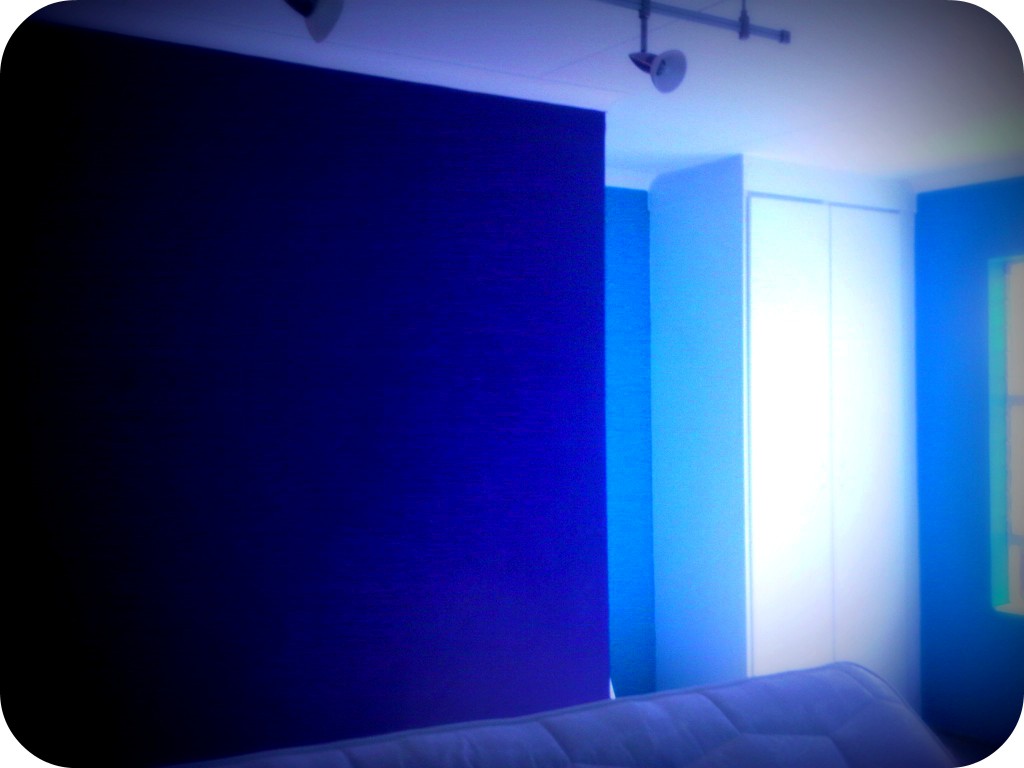 And all the blinds in the house have been replaced too. Totally in  love with the red blinds I chose for upstairs. And, as I’m sure you’ve already guessed, The Boyfriend isn’t too fond of them. Claims he feels like he’s living in a smartie box. 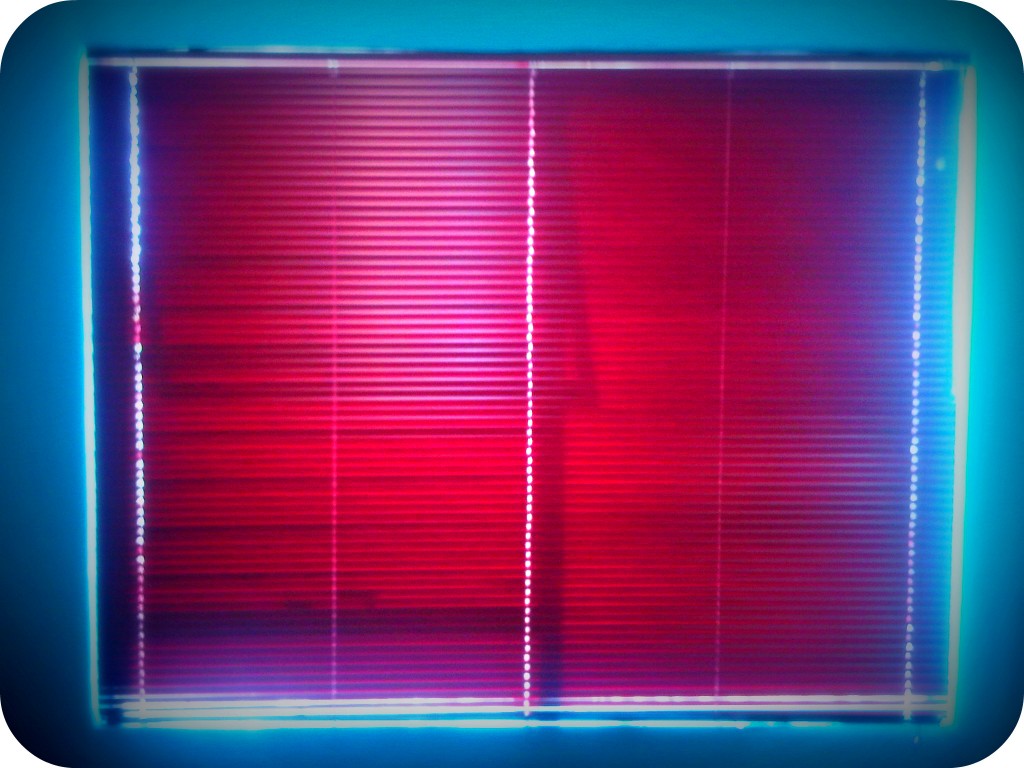 But how can you not think this is awesome? All throughout this process, as I’ve been tweeting photos and getting comments from people on the loft makeover – there seems to be common consensus that people like colour, but are scared to go too bright in their homes. I don’t get this. Don’t understand it at all. I’ve always grown up in houses with white walls. Bland white. As soon as I could, I surrounded myself with as much colour as possible. I’m not scared of bright colours, and I’m not scared of mixing and matching and contrasts. I’m cool with it. It makes me happy.

And to the dude at the paint shop that looked at my colour choices as he mixed them and commented “this is going to be one interesting loft” – fuck you, in your eye, fucker. Tell me that this does not make you do a squirmy happy dance inside?

We’re going to pick out carpets this afternoon, for the loft. I’m thinking dark grey will go well with my blue walls, my enormous brown sofas and my black-and-red couch.

So what say you? What’s news with you?

*I’ve been scarce on the blog-reading and commenting thing – don’t worry, I’ll hit you up. If you feel left out, let me know.

This entry was posted in life things and tagged blog things, bloggers, blogging, expensive mistakes, home decor, home decor fund, home improvement, Honda Jazz, how to make a smart girl feel dumb, i know i have bad taste, if this shit doesn't drive me insane i dont know what will, love, love things, me and the K53, my mommy car, painting, relationships are weird, shit happens, sick days, stick-to-it-ive-ness, taste? what's that?, The Boyfriend, The Kid, this shit makes me look bad, Tonsillitis Boy. Bookmark the permalink.