On Multi-Tasking: Some Things Fall By The Wayside, It’s True 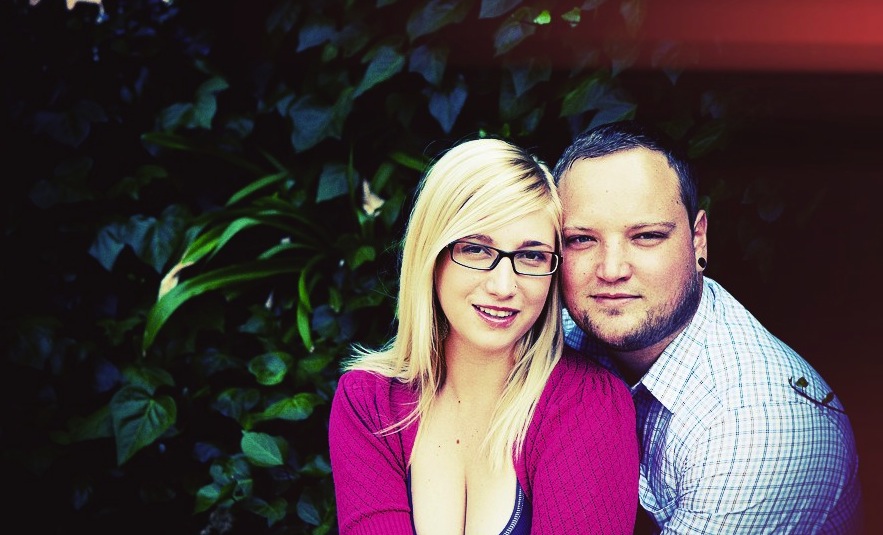 It’s no excuse that I’ve been busy, I know. So instead of apologising, I’ll get right into the blogpost. Since I’ve been AWOL for quite some time, let’s break it down by category:

Of course, there’s Girl Guides. Loads of work editing, reviewing, writing reviews, writing newsletters and…most importantly…the shiny toys.  I’m currently reviewing a Nikon D3100. Can’t even begin to tell you how excited I was when a huge box arrived from Nikon, with my name on it.

The perfect opportunity for me, because the D3100 is exactly the entry-level SLR camera I was looking at getting myself, and it’s meant for the n00b like me – there’s a Guide mode, that completely holds your hand through every single different kind of shot you might like to take. So….if I like it….I’ll get one. 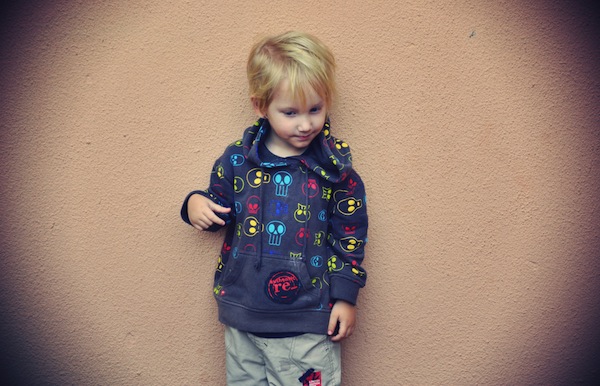 It’s not all hard work, however. On Friday a bunch of the Girl Guides got treated to a spa day at the Renaissance Day Spa at the Michelangelo Hotel. Massages, facials, manicures and pedicures – we had them all, courtesy of Lenovo, as they introduced us to their latest product, the Lenovo IdeaPad U260 – perfect for women.

There’s the magazine. We’re currently working on the January issue, which goes to print on the 12th of December. So we’re frantically trying to get everything done before then. And I’m always surprised how much hard work goes into a single issue of the magazine.  The Kid’s day mother is closing on the 10th of December, and his big school only opens on the 11th of January, so I’ll be working from home, for some time. 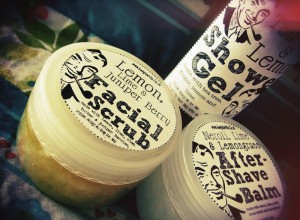 There’s also Body Thrills – we’ve been working hard on consolidating our product range – and there’s now a delectable offering of everything from handmade, natural face masks through to rich, moisturising body polishes and foot scrubs and exfoliating face washes and refreshing shower gels and delicious body butters. Oh the body butters are amazing. Everything is completely safe for people with sensitive skin – there are no preservatives, colourants or artificial fragrances or chemicals in any of our products.

Our Body Thrills Christmas specials are up, and trust me – if you suck at gift giving – this specials guide will have you sorted. 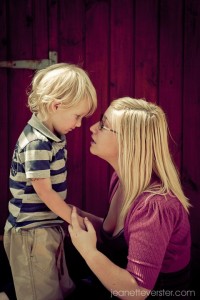 I’ve found The Kid a school to go to next year. It’s close to home and it’s pretty much perfect. They offer swimming lessons, soccer lessons, music lessons and the like, in addition to their regular curriculum. The place is clean, friendly and inviting and it has a pretty rad playground too. When I went to check it out, the kids were having a baking class – how cool is that?

We’ve not made one iota of progress with the potty-training and he still refuses to give  up the nappy. But….they do potty-training at his new school, so I’m not too worried about that. I think he just needs some boys around for competition, and then he’ll see the point of potty-training. Hopefully.

All of the usual he’s-my-child-therefore-i’m-obligated-to-think-he’s-a-genius stuff aside, he’s bloody smart. His conversation skills are excellent, and he has a better vocabulary than most adults. He gets the difference between past, present and future tense, and if I correct him on something, he repeats what I’ve corrected him on, and then doesn’t get it wrong again. He’s got a wickedly naughty sense of humour and loves playing jokes on people. And totally takes after his mother, in that he’s instinctively good at emotional manipulation.

He’s such a boy’s boy, too. He’s all about the bashing and the smashing and the guns and the swords. His favourite game is Ninja Skills, which he plays with his father – basically they karate chop each other, and fall around giggling. Robots and dinosaurs – he can’t get enough of them. His current favourite movie is Iron Man 2. Am fucking sick of Robert Downey Jr, I won’t lie.

Totally non-existent. I spent Saturday night home alone, whilst The Boyfriend went to a stag party. The alone time was heavenly. 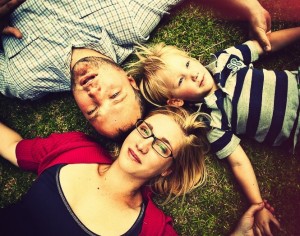 Last Christmas we’d bought The Boyfriend’s Mother a voucher from Jeanette Verster Photography to have our family portrait done. Eleven months later, we finally got round to having that family shoot. If you’re looking for a photographer for a wedding/party/birthday/baby shower – Jeanette comes highly recommended. If you need convincing, just check out these gorgeous pictures she took of my Kid.

We’ve been fighting a lot, but we’ve been communicating more effectively –  it’s true. Although there’s been a fair amount of name-slinging and irrational tantrums, they’ve simmered down pretty quickly, and we’ve kissed and made up much quicker than usual. It’s been a tough year for our relationship, but I’ve realised that I don’t want to throw it away. In fact, I’m very grateful that I haven’t managed to fuck it up yet, although I believe I have come close once or twice. But we’re pretty forgiving with each other – which is what love is all about, isn’t it?

He thinks he’s being secretive about ring shopping, but he really hasn’t been. So yes. I know I’m getting a ring, I’m just not sure when or how. I also know that I’ll say yes, when he does ask. Despite all our fighting and our hating each other – I couldn’t ask for a better man to spend the rest of my life with. He’s funny, he’s gentle, he’s protective and fiercely loyal, and he’s never once let me down. Ever. Bad temper aside (also guilty of that) – he’s pretty much perfect and I’m glad I’ve finally realised that. 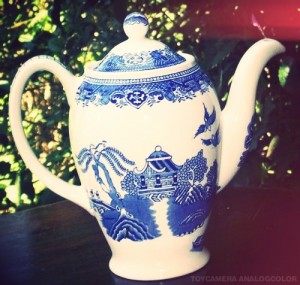 I’ve developed a bit of an obsession. With plates, cups, saucers and tea pots. Specifically those with the Willow pattern. Read the story behind the pattern here. So obsessed am I  that I’m determined to collect an entire dinner service of the stuff, piece-by-piece. So far I have: two dinner plates and two saucers. This teapot will be my next acquisition.

I was talking on the phone to my grandmother about it and she told me that her mother had an entire Willow-patterned dinner service. Wish I knew what had happened to it. 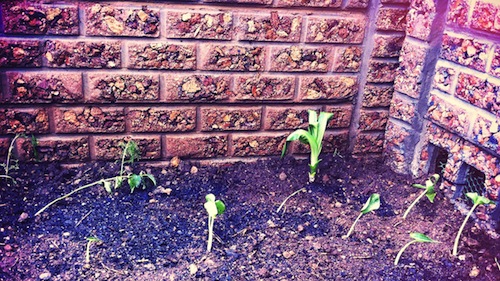 I finally got round to planting some stuff in my new flower-bed this weekend. If my Boyfriend had his way, it would be nothing but grass and palm trees in our garden, but I finally managed to persuade him I should have a flower bed and that we should have some colour in our garden. He has no idea that I plan to take over the entire garden, bit by bit.

I raided my mother’s garden on Saturday and came away with: agapanthus, mint, creeping geranium, some lillies and zinnias and cosmos. I also planted a whole bunch of seeds at the same time: basil, red poppies, loads more cosmos and some alyssums too.  Cant wait for it to all start growing, and for some colour to happen.

How about you? What’s your long-story-short?

15 Responses to On Multi-Tasking: Some Things Fall By The Wayside, It’s True