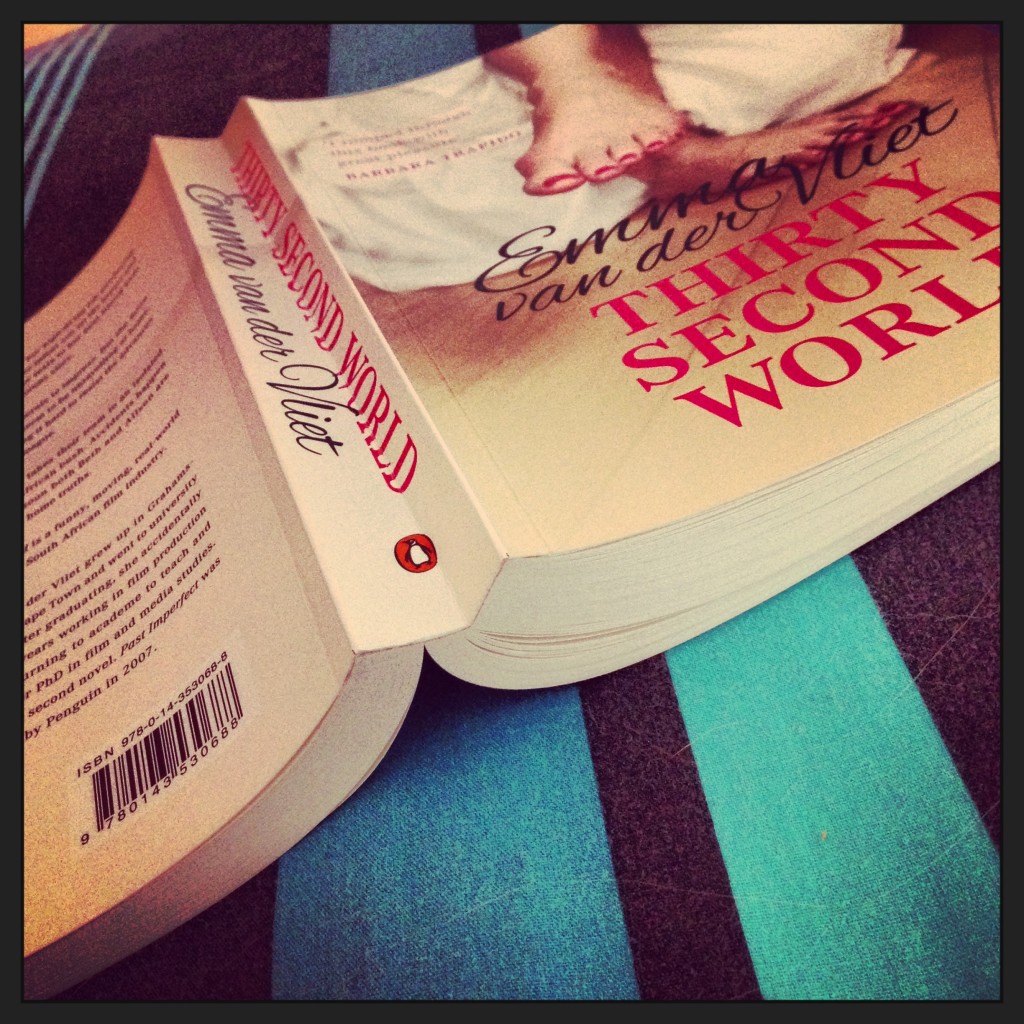 There are some things that you should know about me, as a book reader.

1. There are two kinds of books that I read. Sci-Fi/Fantasy and recipe books. Ok, secretly there are THREE kinds of books – I also read Jilly Cooper/Olivia Goldsmith-type trashy, frothy novels on the side, when no one is looking. It’s a guilty pleasure of mine, and I just can’t help it. 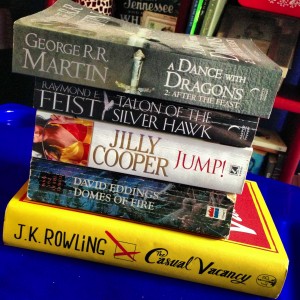 I’m the type of person that reads 4-5 books at the same time. I have a book for each room in the house, and I read them concurrently, and replace each as it finishes. When I received a package from Penguin Books, this is what I was busy on:

And on to “Thirty Second World”…

Alison seems to have life sorted. Despite her high-flying job producing commercials she still manages to keep her infant son on the breast and her daughter in Strawberry Pops. But her texts to her best friend Evie tell a much less glamorous story.

Beth is new to the ad industry and desperate to impress. But the more she succeeds at work, the more things seem to be unraveling at home. And to make matters worse, she’s finding it hard to resist the advances of a sleazy colleague.

Things get really messy when a shoot takes their team to an isolated hell-hole in the middle of the South African bush. Accidents happen and dark secrets are revealed, and soon both Beth and Alison are forced to face some home truths.

Saucy and smart, Thirty Second World is a funny, moving, real-world tale set in the unreal world of the South African film industry.

I absolutely adored it. I ploughed through it in one weekend. And abandoned all of the books above, in favour of finishing this story first. Emma van der Vliet has a very South African Olivia Goldsmith-ish way of writing, which I thought was simply superb. I didn’t actually realise that it was a South African novel (I didn’t read the back cover before I started) until I came across the word “kak”. Thereafter it was all references to Cape Town and the South African TV advertising industry, so it was undeniably local – but definitely of an international quality.

I immediately identified with both main female characters. I’ve been Beth. Working my first job in a seemingly-exciting industry. All bright-eyed with enthusiasm, ready to take on absolutely anything and plough myself 110% into what I was doing – to the detriment of my relationship and myself. I’ve been Alison. Control-freak, hardworking mother desperate to prove that just because I’m have procreated doesn’t mean my work will suffer or that I need help from anyone on anything. I’ve felt like I needed to prove myself, both as a woman and as a mother, in a male-dominated field.  I’ve tried and failed dismally at the multi-tasking thing, and eventually come to the realisation that in order to be fair to myself and my family, something has to give. And it’s not them.

I’ve had the same relationship issues as both Beth and Alison. Experienced the same sets of temptations and self-doubts. Bouts of martyr-ism and the total fuck-ups that can result from taking your other half for granted. I’ve put myself in awkward positions simply because I’ve trusted people that I shouldn’t have. I’ve made assumptions where I should have asked questions. I have been these two women.

I laughed while reading this book. I cried, too. Tears of sadness and tears of relief. I’ve felt envy, embarrassment, shame and an entire sphere of emotions I don’t get to experience when I read Sci-Fi/Fantasy novels. I finished this book with both a sense of achievement – that I’d nailed it so quickly –  and a sense of sadness – that it was done. That I wouldn’t be able to turn another page and read more about Beth and Alison’s lives.

Have you read this book? What did you think? Is it on your T0-Read List?