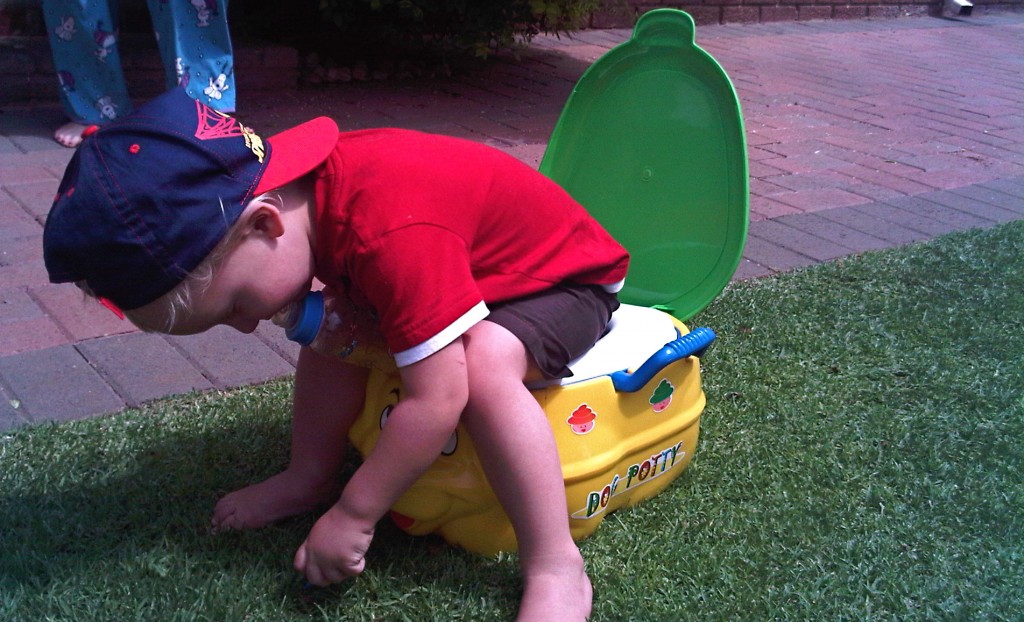 And if he can be holding it in, then surely he’s developing bladder and bowel control? At least that’s my thinking anyway. I have no idea why he’s refusing to use the toilet, or why he’s clinging to his nappies. He hates being without a nappy and if I let him run around without a nappy, he soon returns to me and asks me to put a nappy on him.

His daymother reports much the same as I have – refusal to use the potty. So bad was it the other day that he refused to make a poo in the toilet, even though he was clearly desperate. We went for a hot bath (that usually helps loosen the bowel) and I kept having to take him out the bath and hold him over the toilet. He would pretend to push, but nothing would come out. Eventually I left it alone and he didn’t pooh that day.

The following afternoon we were in the Pick n Pay, doing some shopping and he was standing in the trolley. Suddenly he started screaming and crying and clutching his bum and it was only when I bent right down next to him so he could whisper in my ear ‘mommy, I make a pooh and my bum is sore‘. Shame. My poor little monster.

I really have no idea what to do. Am I pushing him too early to do the potty training thing? I mean, I tried a couple months ago, just before his second birthday and he was having nothing of it.

Any advice? Any tips? Anyone else have any experience in this regard? Am pretty much clueless here, and am flying by the seat of my pants. So any advice from anyone would be much appreciated at this point! 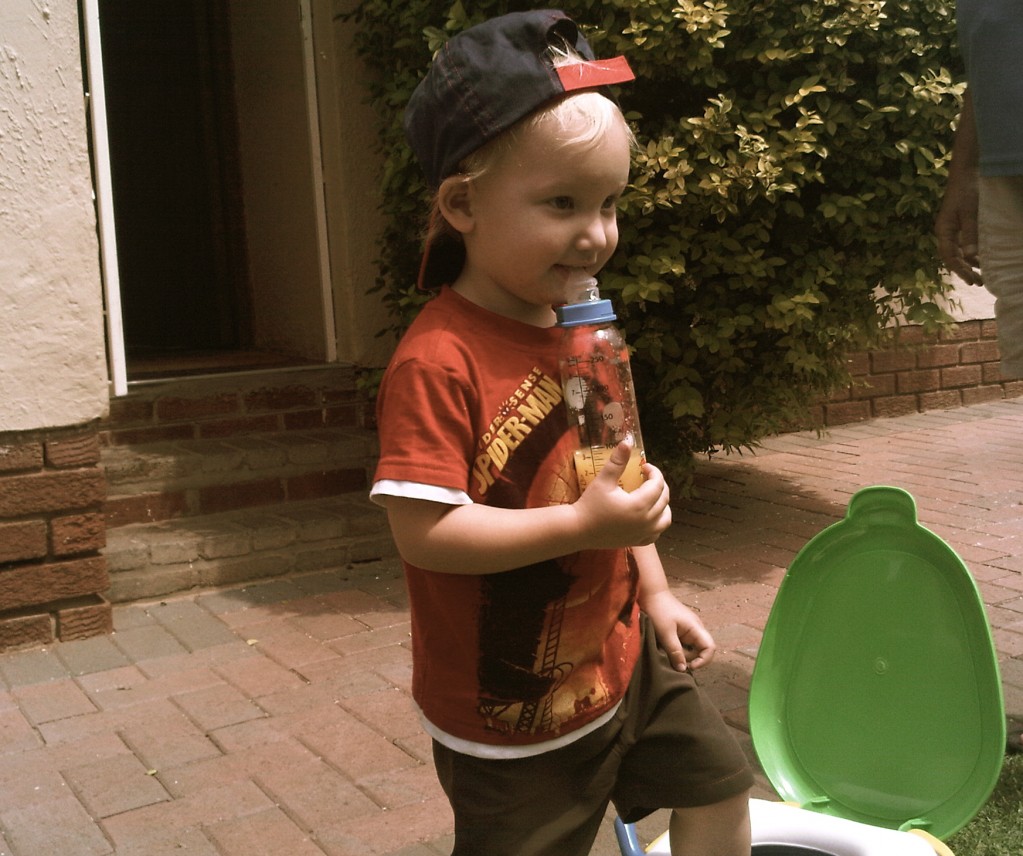