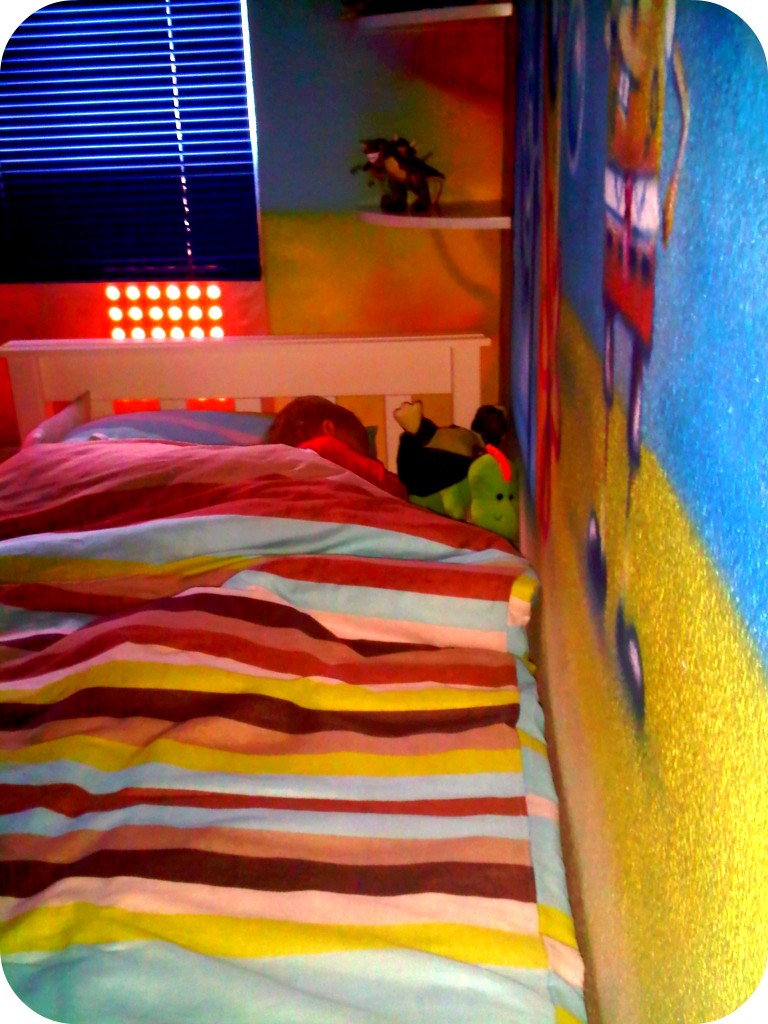 No matter what their age, men really seem to get ridiculously high-maintenance when they’re sick. My Kid currently has what I suspect is developing into a thonking case of bronchitis. There’s more phlegm and snot than I’ve ever seen, and lying next to him is like lying next to a furnace. He’s miserable, coughing, hot, grumpy, prone to bursting into tears at the slightest thing, and doesn’t talk in anything above a whisper. In short, he’s entirely not himself.

According to the doctor he just needs a few days at home to recuperate, and then he’ll be okay. So for now, he’s dosed up on antibiotics, Lotem & Mucospect and is currently spending all of his time watching Astro Boy. Which is, so it seems, the best movie in the history of forever.

We’ve watched it now 14 times since Saturday. Twice today, and it’s not even lunch time. I’ve parked him on my couch in my office with some juice, a blanket, a teddy and some pillows and have put Astro Boy on my spare macbook for him.It’s the first time I’ve been able to pry him from clinging to my leg and wanting to lie on my lap and cuddle on the couch.

Time to do some work. But first, I had to update my blog. Because, you know. I just NEEDED to.

So now, I must dash, and I must actually do some work. Judging by Astro Boy, I have at least an hour left before the movie ends and I have to find some other way to entertain a miserable boy when there’s no going outside because it’s wet and muddy.