Seems So Long Ago…

I have other things preoccupying my mind (I promise to blog about them later, seriously. They’re serious things.) so here’s a few snaps from the weekend in the mean time. Can I just say that i LOVE my blackberry? Camera on it isn’t bad at all…

1. We went tile shopping on Saturday. Kid had an absolute ball climbing in and out of all the baths and toilets and running through the corridors of the store. 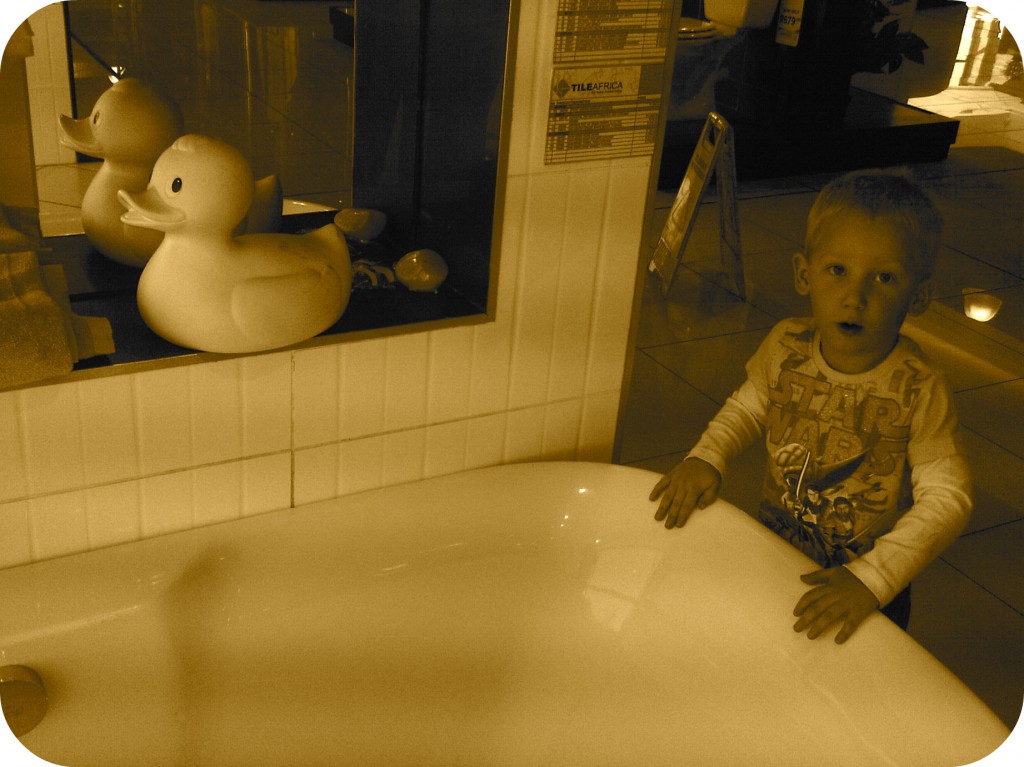 2. We visited with Rebecca, Jackson, Dave, Angel and Neels. There was much play-doh happiness for these two boys. And the HUGE hug they gave each other upon our arrival was so sweet. When I told The Kid he was going to visit his Ganny, and then I’d pick him up and take him to see Jackson, he wanted to go see Jackson first. Jackson is more loved than Ganny, which is totally unusual, Ganny is normally the ultimate favourite. 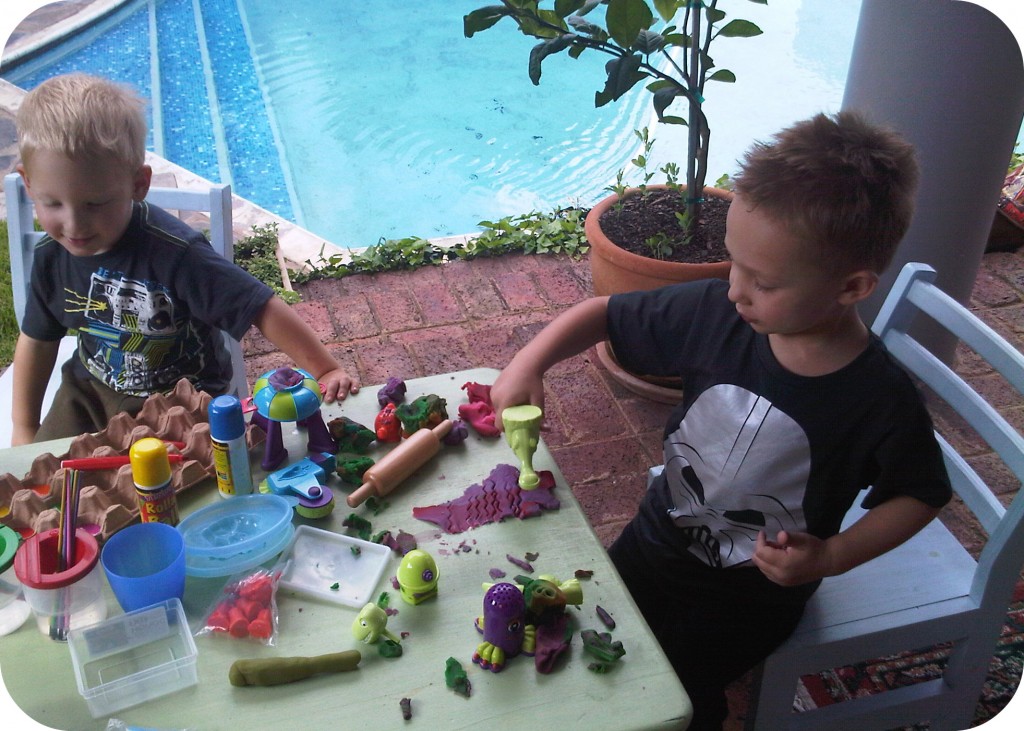 3. Scissors. My Kid loves them. And braai tongs too, for some reason. 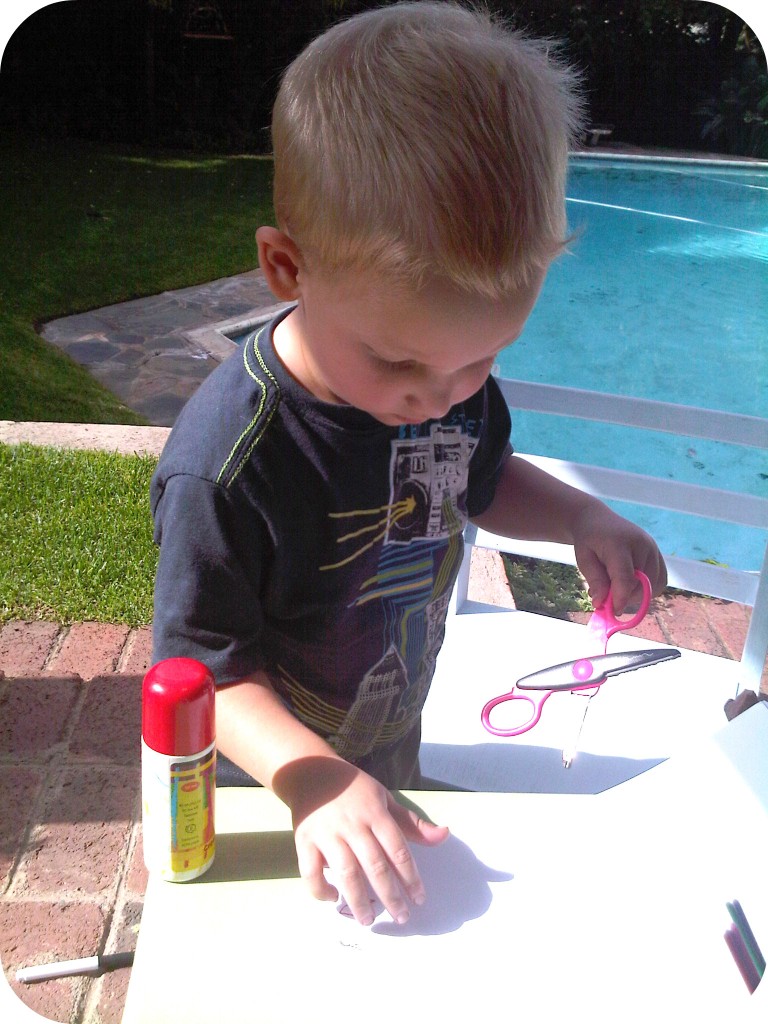 4. Mojitos. we had a lot of them. They were delicious and they made life look a whole lot better. We also smoked cigars and there was loads of food and champagne. Rebecca really is the hostess with the mostest. 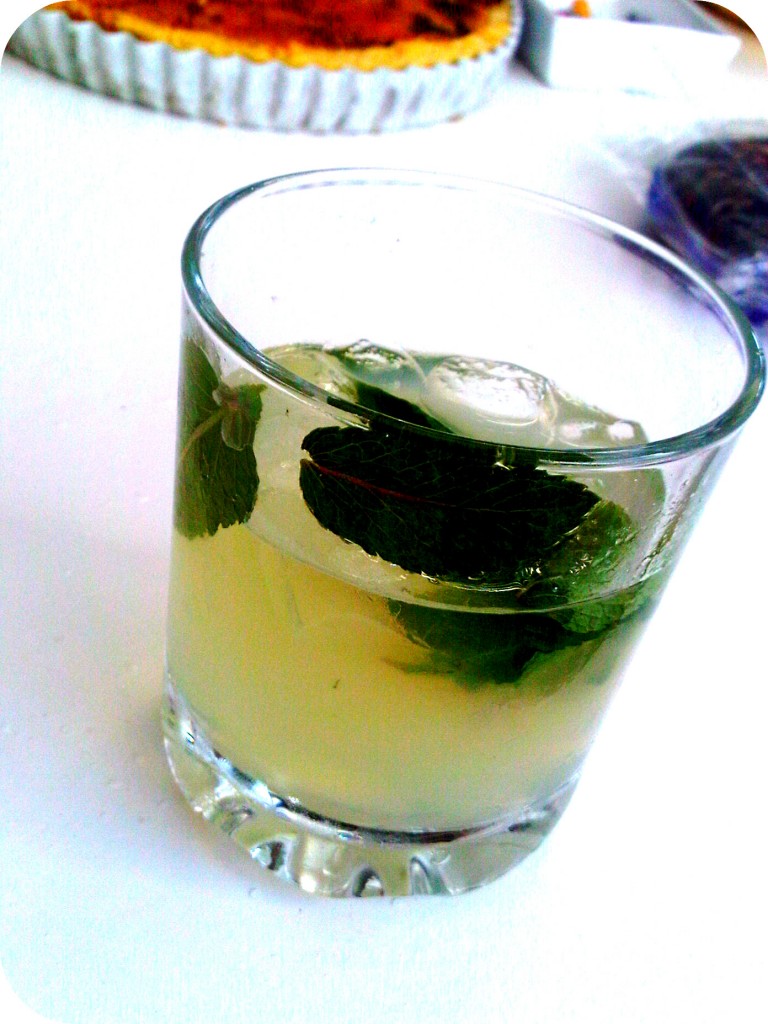 5.  Much debate about spiders. And snakes. Seriously. 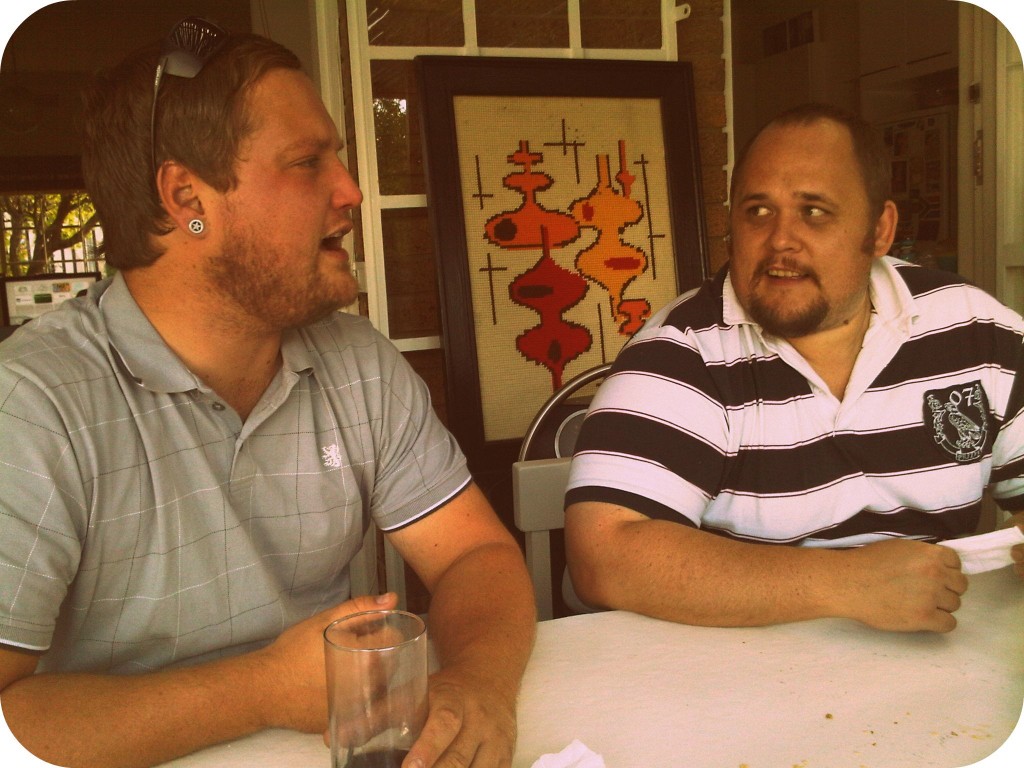 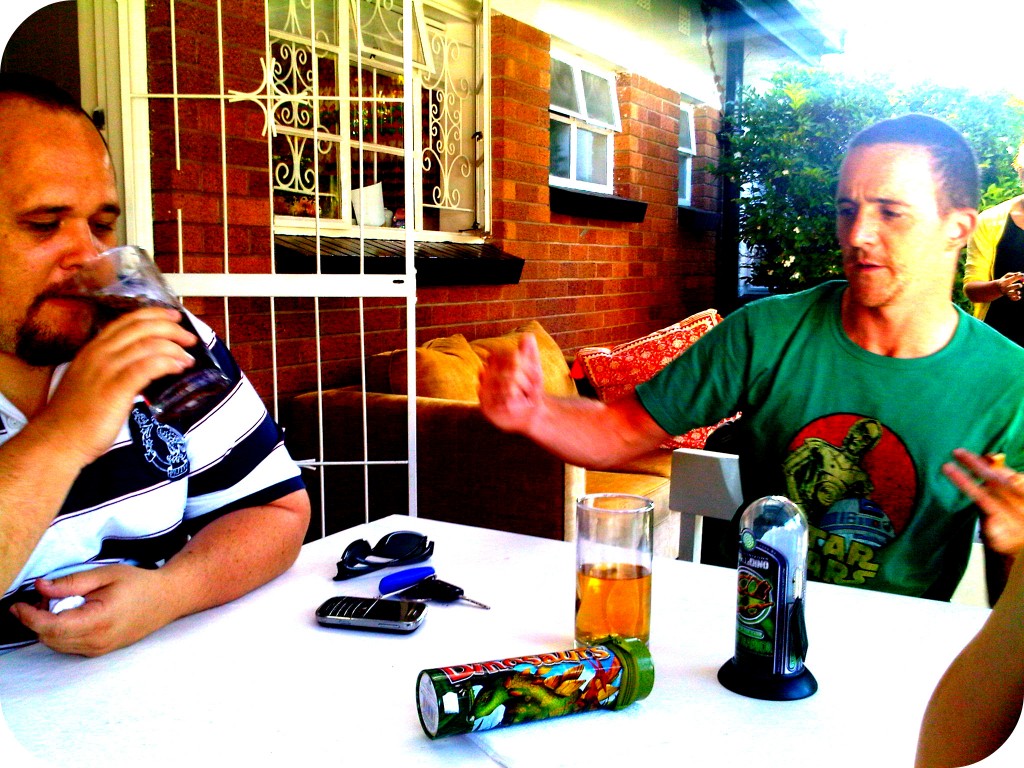 7. Two little boys, a tub of play-doh, a container of moon sand, a pack of glitter-glue pens, a tray of paints and a sandpit as well as numerous dinosaurs made for chaos. Messy, messy chaos. 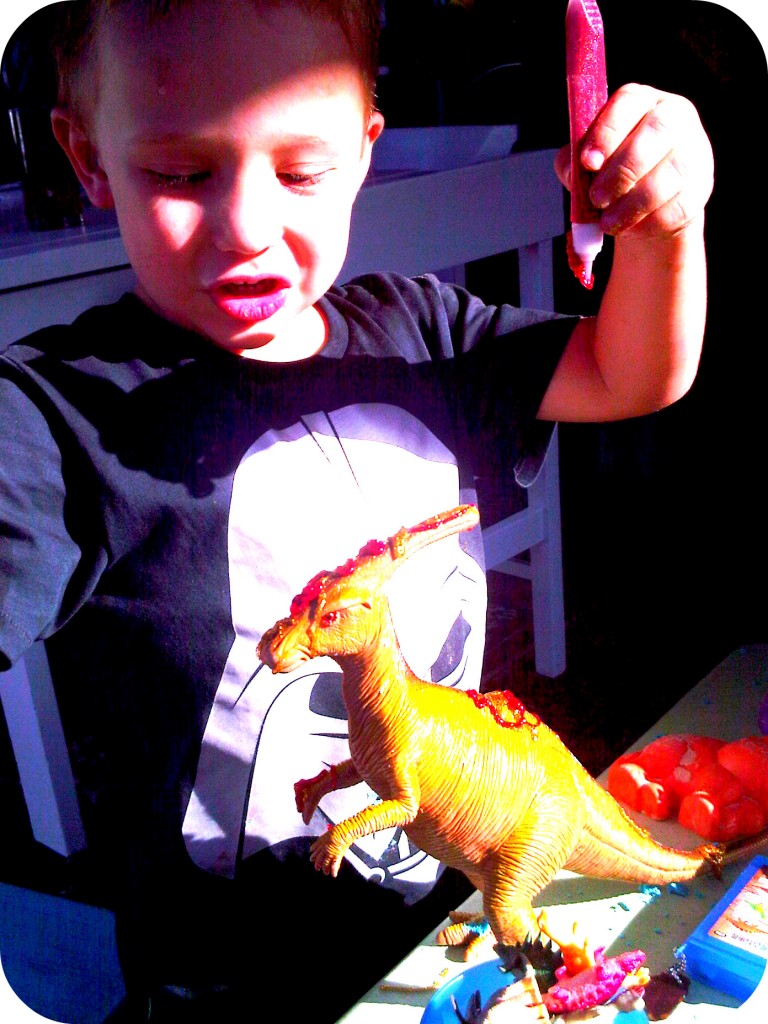 8. Then they mixed all that mess with some water. Despite the fact that it was freezing, these two landed up in the swimming pool.

9. Only solution to all the mess and stickiness was to dump them in the bath. Shortly thereafter these two little monsters flooded the entire bathroom by overflowing the bathtub. 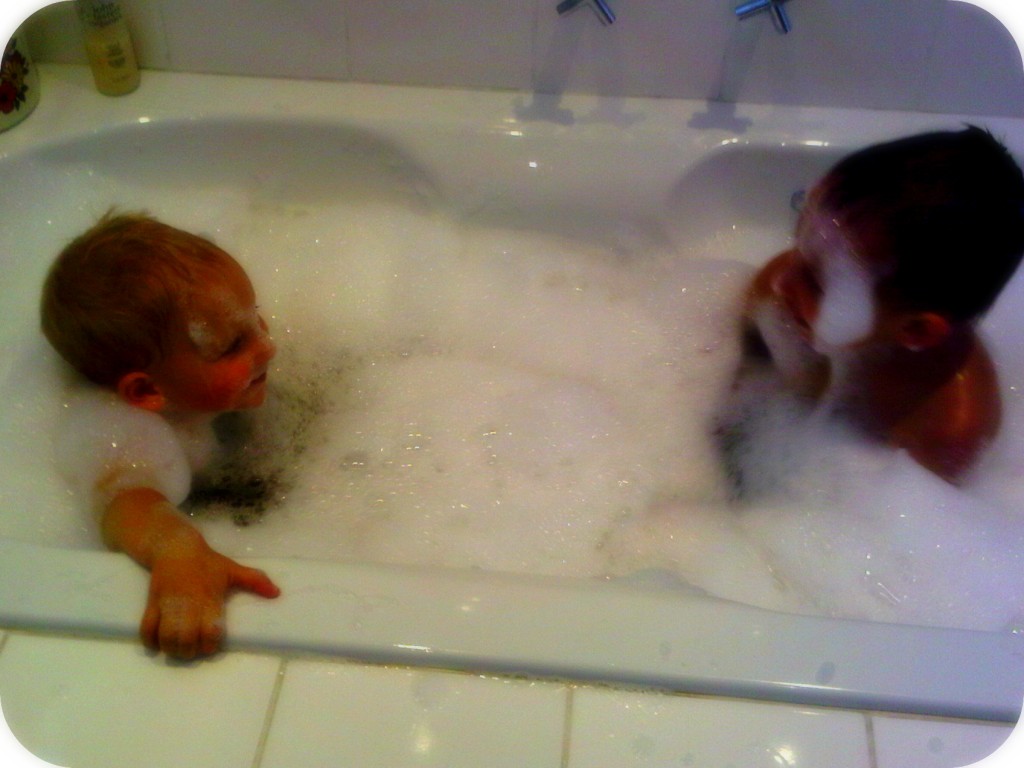 10. My lovely present from Rebecca that she brought back from her trip in China. It’s a purse/clutch thing with loads of smaller ones inside! Thanks, Rebecca – I love it! 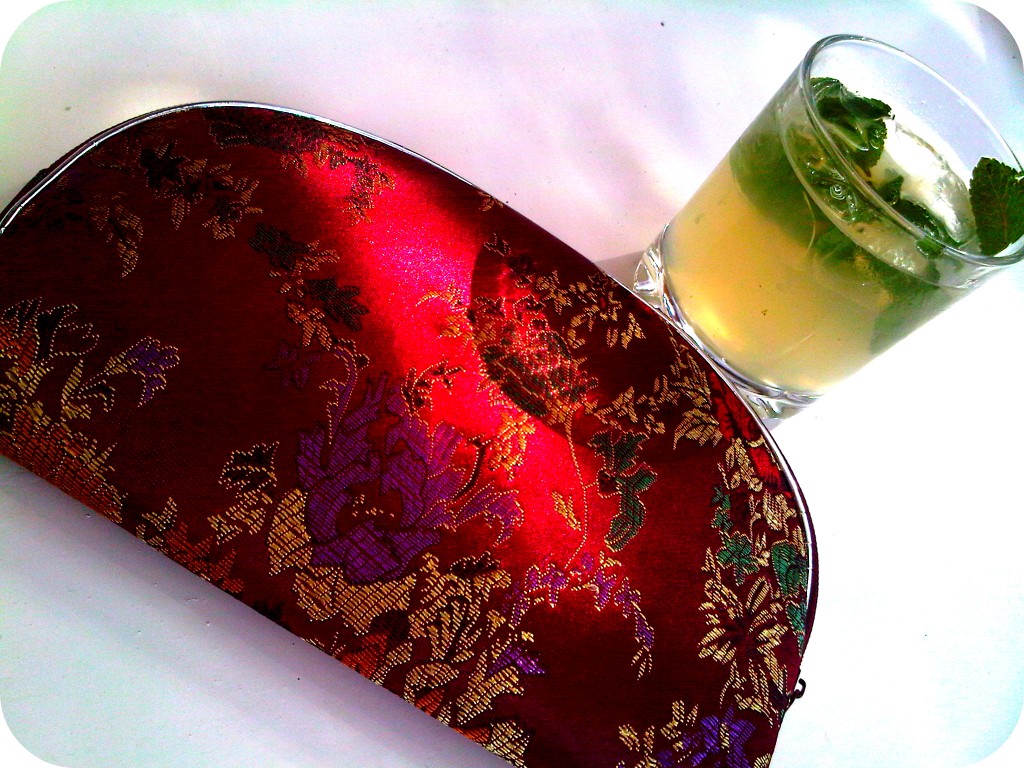 So. How was your weekend?

11 Responses to Seems So Long Ago…