That Thing Called Growing Up? I Musta Did It.

I don’t often do it….but every now and again I give in to nostalgia and trawl back through the ol’ blog’s archives. I don’t know what sparked it – coulda had something to do with the fact that this one chick I know is making a fuss about 795 posts, and this other chick I know hit publish on her first blog post  five years ago. Reminiscing becomes the order of the day, and I find myself wondering what I did today last year, today two years ago, today three years ago, today four years ago. You get the picture. Speaking of pictures I can’t help but notice, as I re-live chapters of my life, that my old blog holds a fair collection of photographic evidence. Of all my indiscretions, my friendships, my moments. My life. My growing up. Getting older. Milestones. Life-changing events. They’re all there, slipped between the dates and the times – the illustrated version of my memoirs.

And through them all, I see a common thread. Growing up. I musta, somewhere along the line, dunnit. Whodunnit? I dunnit. And it’s the weirdest thing ever. And the funniest.

From the post “I’m in Love With a Stripper” (September 16, 2006): “I remember when the ex-President of the Law Students’ Council made his speech, and asked afterwards if anyone had any questions yelling out ‘yes! where do babies come from?’ and everyone laughing.” <– talking about how drunk I was at my final year Law Students Ball. 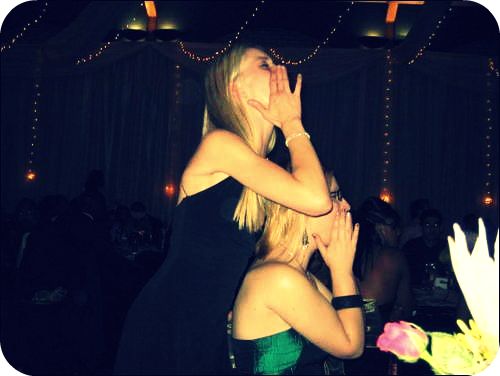 From the post “Bye-Bye Baby” (June 30th, 2006): “Eventually decided it was home time, swanned out of there very drunkenly and ran shrieking across the road ‘there’s the VEE-hi-clee!’ (Pronounce each syllable and it should make up the word ‘vehicle’ – that’s the way our  lecturer pronounces it, and it has us in heaps of laughter every time). Then Dollface decides she wants a hot dog, and so we must stop outside Tiger Tiger and get one. I ran inside to go pee, and it sad – the dregs of the evening left over – all the drunken uglies who didn’t hook up. (that’s such a nasty thing I know, but the whole clubbing scene is revolting) we smashed the hotdogs in our faces and drove back to Dollface’s place. Shrieking with laughter the whole way. After I finished my hot dog, I said to her ‘damn, that tasted like crap!’ and she was like ‘oath to god it’s crab?’.” <– . On confirming that drinking leads to impaired….um….speech….hearing. 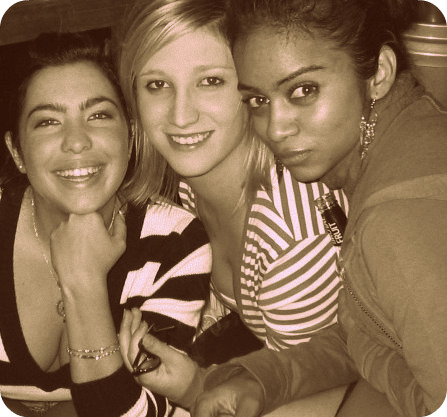 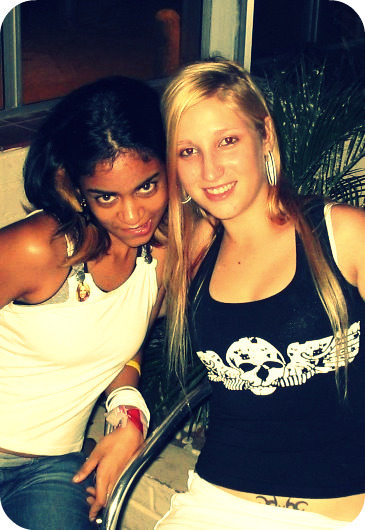 From the post “It’s an Indian Summer, Darling” (June 24, 2007): “So eventually this couple that randomly started talking to me decides they want to go to Beanbag, and they HAVE take me along with them. But they want to stop at their room first and change. Which I think nothing of. We get to their room, they order drinks, we’re all chatting. And suddenly they proposition me. Fully. For a threesome. My eyes nearly popped out of my head. Ugh. How did I NOT see that one coming?” <–, On how completely NAIVE and trusting I am of other people, and how I’m TOTALLY blind to all the signs that would tell regular people that hey, this situation is quite fuckin’ dodgy, man. 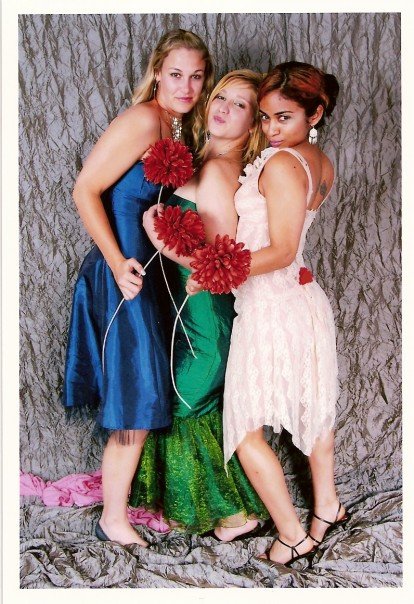 From the post “Elephants, Castles & Car Bars in Casablanca” (June 23, 2006):   “I was dancing with Foo Batch and Lambie, and [JR] tried to cut between Foo and I, and I was like ‘hell to the no. Lambie is the only one here with sandwich rights’  <– on the delicate act that is the university-level equivalent of punching that guy you have a crush on – playing hard to get/making him work it. 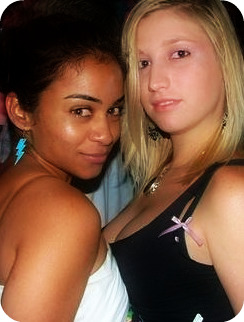 From the post “Causa Proxima and So On” (June 22, 2006): “PS: ‘causa proxima’ is latin for ‘proximate/operative cause – end of exams – is going to be the proximate/operative cause of drunkeness. Hell yea.” <– on discussing why it’s important to have your priorities straight when it comes to good reasons to study for exams and get them over with. Also known as – The sooner the exams are over, the sooner we can drink. 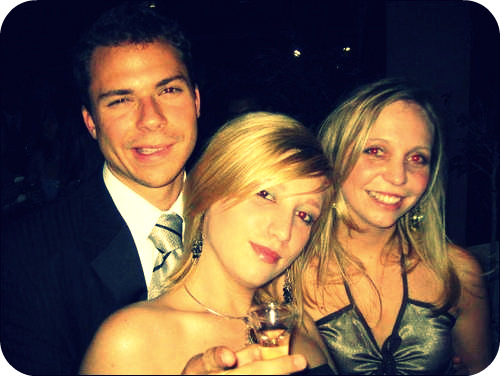 From the post “Chillin’ With My Gnomies” (October 20, 2006) “Fur and I are going to Tilt tonight – there’s a Bringing Down the House party. Should be fun. Debating climbing into the bottle of port I saw in the cupboard (it’s the only booze there is in this house) and getting rocked before I go. But…..how on earth does one drink port? Warm? Cold? I am so un-cultured…I dont have a clue…[boring bit edited out]….I’m just starting to worry, because I’ve reached that point in my life where I have to make important life-changing decisions, and I dont want to make the wrong ones…[another boring bit edited out]….Anyway – enough with the seri-ass talk. I’m going to hit the port. 18.5% vol alcohol. Rock on.” <– On why if there’s a question, the answer is always alcohol. 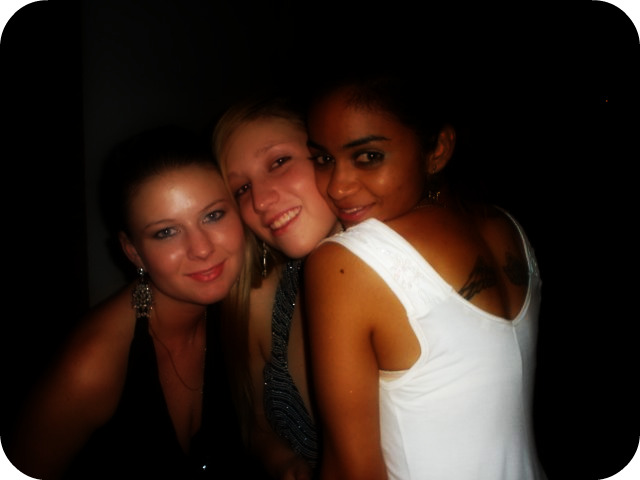 From the post “Dinner Parties and Tilted Discos” (October 13, 2006): “Anyway. Had fun jamming with Jenn. Both super-boozed. Went home….at like 4 am…Damn the Tilt disco was fun….In Jenn’s words “we’re not there for a long time….we’re there for a good time”. I wonder what’s gonna happen next year for Foo’s birthday….” <– on the logic of every university student. 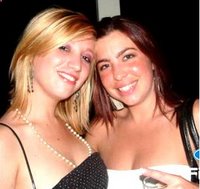 From the post “Tonight is the Night” (November 24, 2006): “Smeagol and Dyl are buying a goat together. For Dyl’s mother. And they’ve warned her about a potential ‘present’ and she says she’ll appreciate anything – no matter what it is. Does she know who her son is?Why is she not worried? What is wrong with this woman? I’d love to be there when she realises that the present, is in fact, a goat. And they’re thinking of naming it Donovan. Even if it’s a girl. Yes, ladies and gentlemen..these are my boys…I love them dearly.” <– on how to be the best son in the world, EVER. 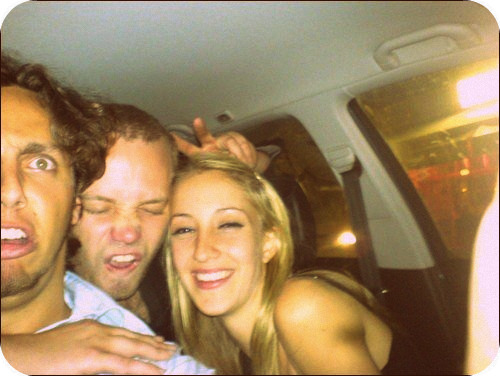 My my….How it’s all changed in four short years.

7 Responses to That Thing Called Growing Up? I Musta Did It.