I Don’t Know Where To Start, So I Guess I’ll Just Get Going 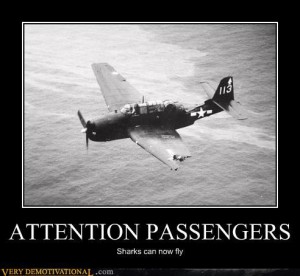 The last month has been ridiculous.

Longer, even. I’d say the last six weeks have just been one long blur. Between getting sick, having a sick Kid, having a (still) sick Boyfriend and working 0n a handful of different things simultaneously and all at once, and between that and trying to be an okay-ish mom and getting everything done and in on time and personal hygiene and breathing, there’s been time for nothing else.

It doesn’t seem like The Boyfriend is getting the sleep he needs either, he’s always tired, too. So we’re both feeling zombified and crotchety, and what with all the sick that’s busy going on in our house – everyone is cranky to the eyeballs enough as it is.

Throw some PMS into the mix (fuck, is it that time again, already?)  and you might have a little indication of how I’m feeling and what The Boyfriend is having to deal with. Troll bitch from hell, doesn’t even begin to cover it. Another colossal pain in my ass is the fact that The Boyfriend is now a reformed (fake) ex-smoker.  Claiming that he’s been sick for three months, and that he hasn’t had a cigarette for three months (the smoke he bummed off me two hours ago totally doesn’t count) he’s now on my case to give up smoking. Can I get an eyeroll, please?

The arguing over everything else in the world has been epic to say the least. However,  we seem to have called a cease-fire of sorts, and we’re busy being a self-conscious work-together-as-a-team parenting partnership and we’re laughing and it feels a bit more relaxed. Maybe it’s a good thing that there’s no more energy left to fight?

My brain hurts and I’m tired.

This entry was posted in family things, life things, love things, parenting things, relationship things, work things and tagged arguments, bad mommy, blogging, Body Thrills, cryptic things, Girl Guides, growing up is hard to do, how to make a smart girl feel dumb, if this shit doesn't drive me insane i dont know what will, inspiration, issues, life in south africa, love things, mommy things, parenting, relationships are weird, shit that clutters my brain, sleep, The Boyfriend, The Kid, this is not the life I ordered, this shit makes me look bad, troll bitch from hell, working-mom things. Bookmark the permalink.

6 Responses to I Don’t Know Where To Start, So I Guess I’ll Just Get Going