On How It Came To Be That I Said Yes 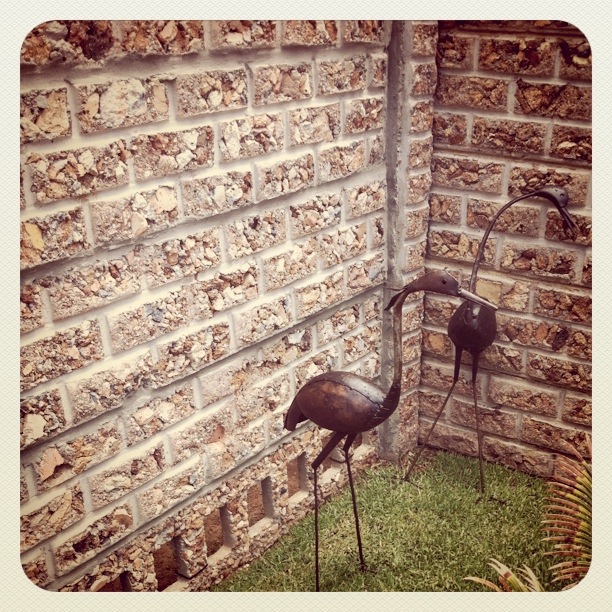 Last Friday was a busy one.

In fact – it feels like the last month or so has just been beyond busy. Strangely enough, as much as I’m a procrastinator, I hate handing things in over deadline – so this particular Friday morning I decided to get to work two hours early, so I could possibly try and get a headstart on my deadlines. So I left school run duties with The Boyfriend – and left the house at 6am.

The morning passed in a blur of reviews, spell check and spec sheets and before I realised, it was after 1 and I was starving. I was in the car on my way to PicknPay down the road from the office to get something to eat when I got a call from The Boyfriend, telling me that I needed to come home and take him to the emergency room, because he’d hurt himself at work. In a panic I rushed back to the office, told everyone where I was going, and narrowly avoided about 56 traffic accidents as I rushed home to see how my Boyfriend had managed to injure himself this time.

He’s quite accident-prone, and his line of work is somewhat riskier than most desk monkey jobs – so injury happens, and it happens with regularity – it’s just the severity that differs. The 9km drive home was consumed by picturing broken fingers or twisted ankles, or even worse – back injury. Burns, electrical shock and a variety of other fun activities are all ever-present dangers in my Boyfriend’s daily work life.

Quite panicked was I by the time that I got home – so much so that I didn’t even notice these two gorgeous metal birds in my front garden, as I drove up the driveway. The exact birds that I’d been dropping un-subtle hints for, for the last four years. The same ones I’d been denied repeatedly, because he hates brickabrack-crap, as he calls it.

I leapt out of my car, and saw my Boyfriend walking toward me, clearly uninjured and with a big smile on his face. “Notice anything different?” he asks me. I look him over, expecting to see injury or a finger or limb missing on him – still not comprehending what’s actually going on. I shake my head dumbly, and he points to the corner of the front garden.

I notice the two metal birds. I notice something small and square on the grass underneath the one bird. Like it had laid a shiny, velvety square egg. I open the box with shaking hands and find a gorgeous ring inside. Exactly what I wanted. Shiny beyond imagination. I look up into my Boyfriend’s face and he starts talking. Telling me how he knows it’s been a hard year for us, relationship-wise. That he knows he’s been difficult. That he wants to put it all behind us, and spend the rest of his life loving me. And then he got down on one knee, and asked me to marry him.

Crying, shaking and laughing I managed to stutter a yes. Yes, I’d love that. He put the ring on my finger. I was stunned. Surprised. Beyond amazed that he’d actually managed  to surprise me. On account of how I knew that the ring was coming, but I just didn’t know when.

For the first time in my life – someone managed to surprise me. Surprise me in a totally good way too. And people keep asking me how it feels to be engaged. You wanna know? It feels normal. It feels right. It feels like it’s time.

Know what I mean?