Happiness: It’s All In The Pursuit, Right? 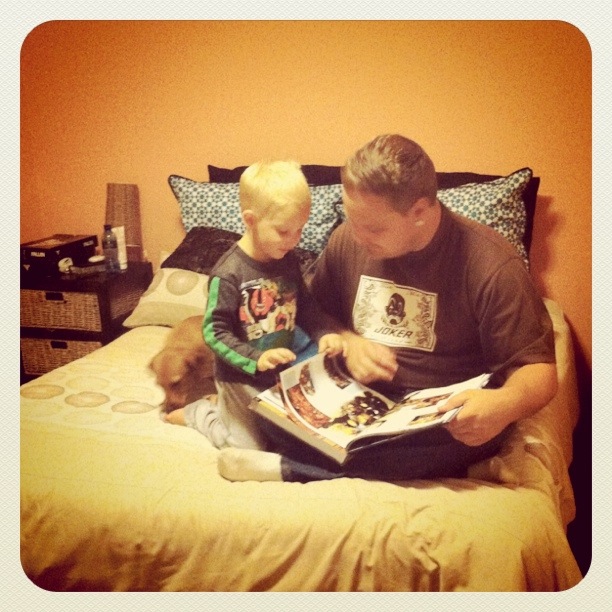 I’ve spent the last few weeks making some important decisions. Learning some serious life-lessons and being educated on priorities. It took a month at home with my son and The Boyfriend to remind me what actually mattered in life.

I’ve spent the last few months avoiding making these important decisions. Got bogged down in work and trying to do everything for everyone, myself all the time. Telling myself that it was for good reason and that I had chosen this job (as opposed to following the path I’d begun by studying law) because it was better for my family and better for me as a mom. And it really was, in the beginning. Before I’d involved myself in so many projects and extended myself on so many different things, that it began to eat all of my time.

I spent the last few months taking work home, waking up early in the morning, working until late at night just to add more hours into my day. Just to try to manage. And while I was by no means the busiest person I know, it was just taking me longer and longer to do simple tasks because I was constantly tired and worrying about all the other things that were slipping through the cracks.

My family. My gorgeous, ever-growing three year old son and my (fresh) fiance. They had been relegated to second and third place respectively on my list of priorities when it came to assigning my time and attention. I was short on patience with my son, and constantly wishing for bedtime, so I could go back upstairs and do some-or-other thing that needed doing on my computer.

I spent zero time with the man I was supposed to be building a future with. And he picked up all of the slack. Cooked when I was too tired to. Didn’t complain when I slept an extra twenty minutes instead of getting up and packing him lunch for the day. Took The Kid to school, when I left early to get to the office before everyone else, to get some work done before everyone else arrived in the office and there were too many distractions around to hear myself think. 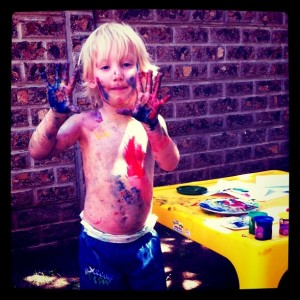 It took a month at home with my son and his father for me to relax. To revel in painting and drawing on the paving with chalks. Splashing in the muddy puddles and watching the Iron Giant and Iron Man and The Hulk repeatedly.

Baking cupcakes and bathing the dogs and digging in the garden, planting seeds and replanting seedlings and watering, and watching things grow and teaching my Kid the names and colours of everything growing in our garden.

I spent time with my son and discovered his wicked sense of humor and his insatiable curiosity and dogged persistence and determination, all over again. I spent time loving my Boyfriend. And for the first time in a long time, I was happy. I was content. It was enough and it was everything (and all) I ever wanted.

Luckily for me, instead of  being forced to try again at making everything balance properly, I was able to cut something out completely. The Boyfriend’s business is getting busier and it’s now not as essential for me to have a full-time job, as it was when he was starting out. So last Monday, I handed in my resignation. I was by no means unhappy with my job, or where I worked – what I neglected to mention above was that even though I was working so hard, I still loved almost every minute of it. Getting paid to write? A seriously cool job. It was different, it was exciting, I got to meet some awesome people and work on some amazing projects. It was rewarding. It was a complete change in career for me. It was something new.

But it made me forget. It made me forget that the coolest job and the most challenging, and the most amazingly rewarding job in the entire world was simply is that of being a mom. Having the time for your child, having the time listen to him, sing songs with him, play games and build puzzles and blow raspberries on eachothers’ tummies – that was the challenge and the reward. Spending time at home, alone with my son and alone with The BF made me realise that that’s what I need to make me happy. That’s all I need to make me happy.

This year is about re-discovering that happiness that I first had, about being a stay at home mother. Sure, he’ll still be going to school – I’m not brave enough to try to homeschool him, but I’ll be around more when he needs me. I’ll have more time and energy for him.

The other day in the car on the way home from collecting him from school, we had the conversation about “cows go ‘moo’ and cats go ‘meow'” and whatnot. It was a simple conversation, but it was such a perfect moment that it made me realise I was doing the right thing. That I wasn’t able to do everything and be everything perfectly, so instead of trying to spread myself too thinly, I needed to cut back, simplify and focus on what I was really good at. What really made me the happiest. Loving my son. Loving his father.

As to where to from here and what my plans are for the future – I’ll save that for another post. For now, I’m off to steal a kiss from my sleeping son and go and cuddle on the couch with his father. 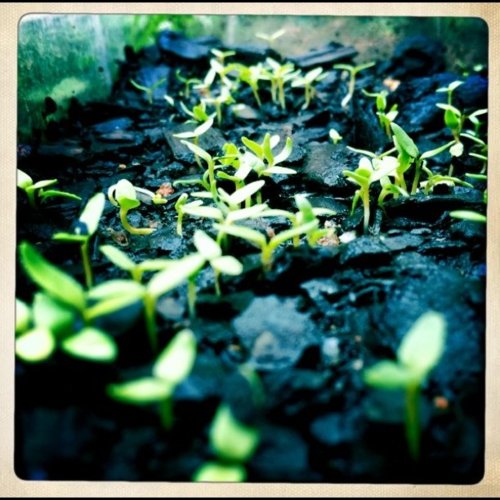 19 Responses to Happiness: It’s All In The Pursuit, Right?