On My Kid: We’ve Made It Through The Terrible Twos, Terrorist Threes – What’s Next? 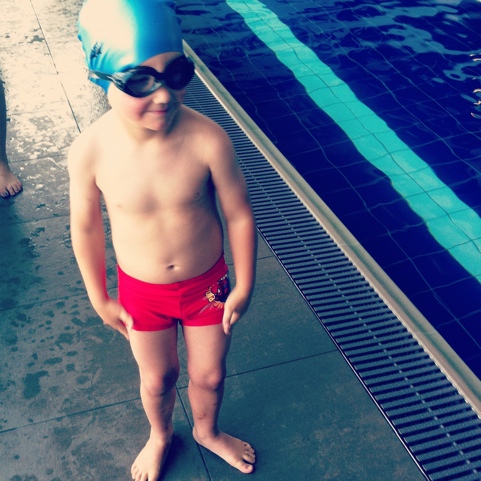 With less than a month until my Kid’s FOURTH birthday, I find myself a little startled. It was just the other day that I sat down at my PC (yes, those were my pre-Apple-everything days) and wrote him a post on my blog for his first birthday.

His birthday party then was planned months in advance – now, it’s a handful of weeks away and I haven’t even sent out invitations. His fourth birthday just came around so quickly it sort of took me by surprise. Seriously? He can’t be FOUR already?

He’s amazing. And I’m not just saying that because he’s a product of my own genetic material – he really IS amazing. His ability to forgive and constantly expect the best out of people all of the time makes me grateful for his capacity to love and let go. I hope that it never gets taken away from him – because the ability to forgive is one of the most important skills in life. I hope that no one (myself included) ever takes that away from him.

He’s innocent and full of the fun of fresh boyhood and yet has a rather old-soul slightly warped perception of the world. His grasp of sarcasm and how he relates it to each oh-moment in his life just makes me wish I could bottle those moments to return to (much like dumbledor’s pensieve) at a later stage when I need to be reminded.

Reminded that this little demon child currently swinging the cat ’round in circles in the laundry basket is capable of the sweetest (albeit snottiest) kisses and the most incredible hugs. The volume of love is incredible, as is his penchant for destruction, mayhem and (lately) Lego blocks. He can spend hours building robots and cities and Iron Giants.

He’s also made immense progress in other areas, and has gone from completely toilet-phobic and only wanting to Number Two in a nappy (as well as needing a nappy at night for sleep) to fully potty-trained and no longer needing nappies at all. In fact, he found swimming nappies in his cupboard and made me toss them because “I’m a big boy now, Mommy.”

And he is – he sleeps the entire night – at least eight or nine hours and has his wee when he wakes up in the morning. It’s been about two months now, and we’ve spent them nappy free, with a total of four accidents. And he’ll Number Two in the toilet daily – for two Wilson’s toffees. Heh.

That stuff might not seem like a big deal to you – but think about it like this: being out of nappies and using the toilet is one step away from him no longer needing me to wipe his bum. Which means he’s growing up and we’re eventually going to reach a point where he doesn’t need me for anything.

Again. I can’t believe he’s nearly four. It feels like he’s been a part of my life forever and I can’t imagine me (or my life) before him. It kinda seems a bit hollow and meaningless in comparison.

I return again to the potential for love within this child. It’s infinite and he has so much to give. He’s taught me so much about what love really is. That love that’s so different (yet just as strong) as the love I have for his father. In a way, he showed me the truth in the words ‘love is not selfish’ and learning this lesson is what made it possible for me to embrace a love of another sort.

Four years – the first was the easiest and the hardest. I felt too needed, too flustered and too new at this. The terrible twos didn’t seem that bad in comparison to the terrorist threes. Smacked bums help nothing and he laughed at me the other day after I administered one.

This entry was posted in family things, life things, love things, parenting things and tagged blessings and their disguises, can I get a Valium please?, growing up is hard to do, heart, life things, love, mamapride, mistakes, mommy things, The Kid. Bookmark the permalink.

7 Responses to On My Kid: We’ve Made It Through The Terrible Twos, Terrorist Threes – What’s Next?