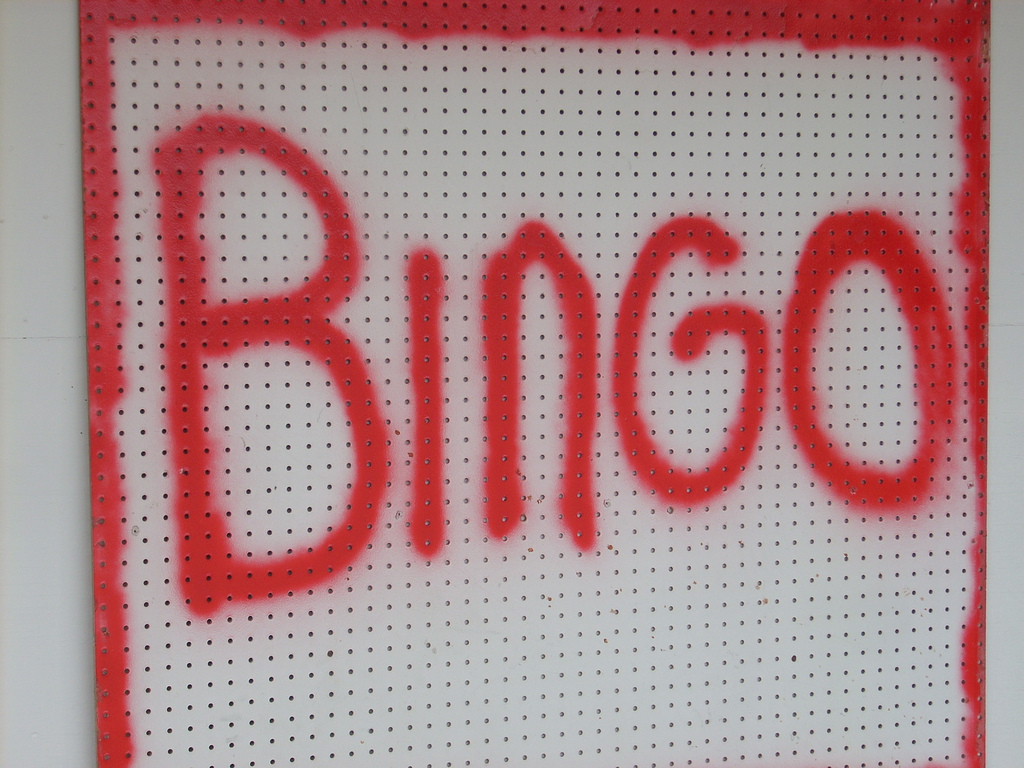 Last year, indie filmmaker Jordan Liebowitz wrapped up shooting on his 20-minute comedy short film, Bingo Night. The film, which stars Lynne Stewart, Mindy Sterling, and Brenda Pickleman, tells the tale of bingo-playing grandmas who plan to rob their local bingo hall to help a friend in danger of being evicted.

Liebowitz, who had turned to Kickstarter to fund post-production for the film, planned to bring Bingo Night to the festival circuit. Earlier this month the short film finally debuted with a bang, with tickets selling out in 24 hours when it hit the Wisconsin Film Fest.

The short film’s success fuels a belief that has been going on for a while now: bingo still resonates with audiences even in these high-tech times. Of course, bingo has kept right along with the times, with the BBC reporting that the number of online bingo sites has ballooned to over 350 – a far cry from the 20 or so sites ten years ago.

A lot of the game’s popularity has to do with the vast amounts of money that gaming companies pour into their advertising budgets. UK-based gaming giant Gaming Realms alone spent over $13 million for its bingo site FoxyBingo, and that was just during the first three months of 2014!

A notable side-effect of the old game’s popularity is the prevalence of bingo “remixes”, or bingo games that substitute the numbers on bingo cards with anything from pop culture. Music bingo, TV show bingo, NASCAR bingo… the list goes on and on.

What we want to focus on, though, is Bad Movie Bingo. Not just because we talked about films in the first part of this post, but because everybody loves bad movies – but only if they’re bad enough to be funny, of course.

There’s actually a site aptly called Bad Movie Bingo that has everything for the bingo-playing bad movie aficionado. The good part is that it’s chock full of ready-made bingo cards and even has a few movie recommendations. The bad part is you have to buy the cards, plus the site seems to be defunct. The recommendations are still there, though, and they’re pretty good—er, bad.

Of course, you could always go down the DIY route by using a free bingo card generator like Print-Bingo.com. Make the cards online, print them out, and use them at your next movie night. Have fun!

This entry was posted in Guest Posts. Bookmark the permalink.